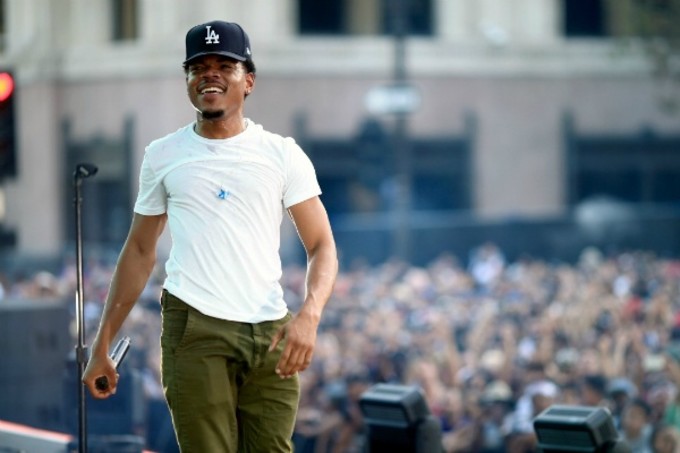 Weather has been a New York City music fan’s worst enemy today: First it forced the cancellation of Governors Ball’s last day, and now Hot 97’s Summer Jam has been forced to cancel all performers on the Festival Village Stage, which included Chance The Rapper, Desiigner, Tory Lanez, and Curren$y.

Hot 97 posted a statement on their website saying that the rest of the festival should not be compromised:

HOT 97 and MetLife Stadium’s top priority is the safety of our concert goers, performers and staff. HOT 97 Summer Jam is still on for tonight; however, the Festival Village, scheduled for 3pm – 5:30pm in Lot G, outside the MetLife Stadium gates, has been officially cancelled due to the threat of severe weather. Stadium Gates will now open at 8:30pm for the concert on the Main Stadium Stage.

Further delays are possible, but at this time, the Stadium Stage portion is rain or shine. We will continue to monitor the weather forecast throughout the day, and will provide up-to-date information as it becomes available.

On the bright side, Kanye West might be doing something tonight to make up for his cancelled Governors Ball performance, so keep an ear to the ground on that one. 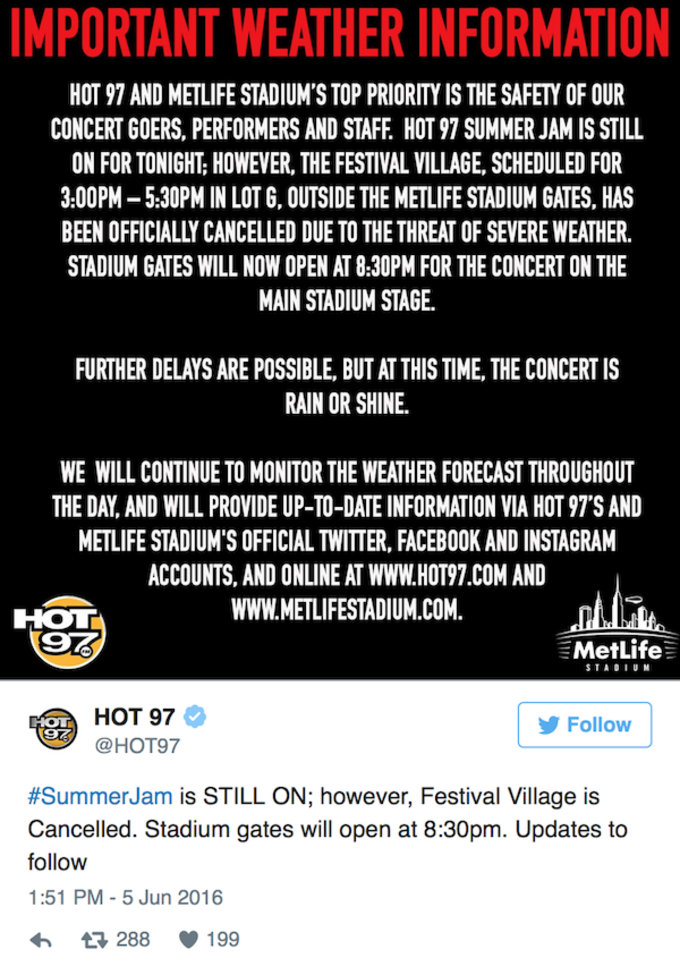