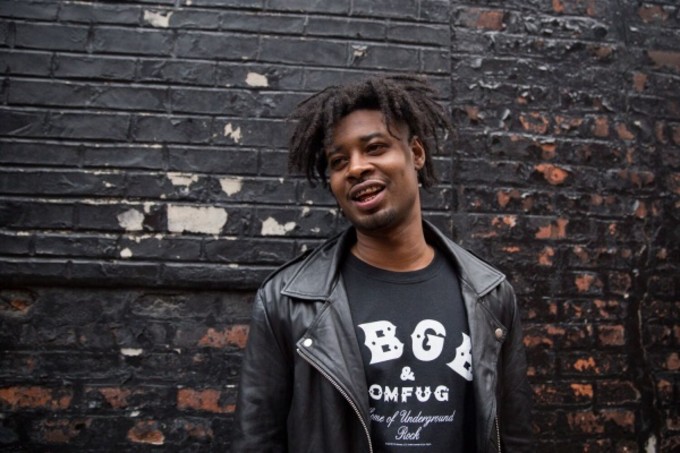 When the sun finally set at House of Vans and the waiting screens came to life, Danny Brown, watching the film amidst hundreds of fans and friends, was forced to reflect. He hasn’t had much time to do so, and tells me he would rather not. “I can’t wait,” he says of the years to come and their infinite possibilities. “I always think about what the future’s going to be.”

He’s in town for the premiere screening of Danny Brown: Live at the Majestic, a concert documentary centered around the rapper’s first headlining hometown show in five years. Blunts and cups float through the venue’s back lot while fans stream in through the front, besieging a taco truck in flurry of zippers and leather.

Danny joined us just before the film started, walking out to a few hundred screams of approval. Hannibal Buress and Danny’s manager Dart Parker flanked the rapper amidst as we settled back to watch a piece of his life unfold.

Cohn’s subject is a natural actor—Danny claimed he just tried to ignore the camera during shooting, and the tactic worked. Danny has also been open about his drug use in the creative process, but its dark side—depression, dependency—are given their just due onscreen.

We see the little things that defined Danny Brown’s life in that particular moment. There’s Arsenal fandom, a session in the booth and enlightening discussion of his approach, and cat bonding. It’s a solid portrait of the artist in the moment, and Live At The Majestic succeeds by not attempting to tell Danny’s life story.

Afterwards, Danny came onstage to answer fan questions. The Q&A turned into a court of tribute, with individual fans approaching, hugging, and praising Danny. In return, they received at least one cackle—more if, for example, you had his album covers tattooed on your arms.

Danny’s fan interactions filled the skate park with a good energy. He had shown us all some very personal spaces in his life, and we were grateful for it. And then he melted everyone’s face with a performance of all the hits—”25 Bucks” and “Smokin’ and Drinkin'” hit especially hard.

Hopefully, the screening started to change Danny’s mind about reflecting on the past. His Twitter indicated as much the day after the screening: “Thank you to everyone that came out and shared this special moment with me.” 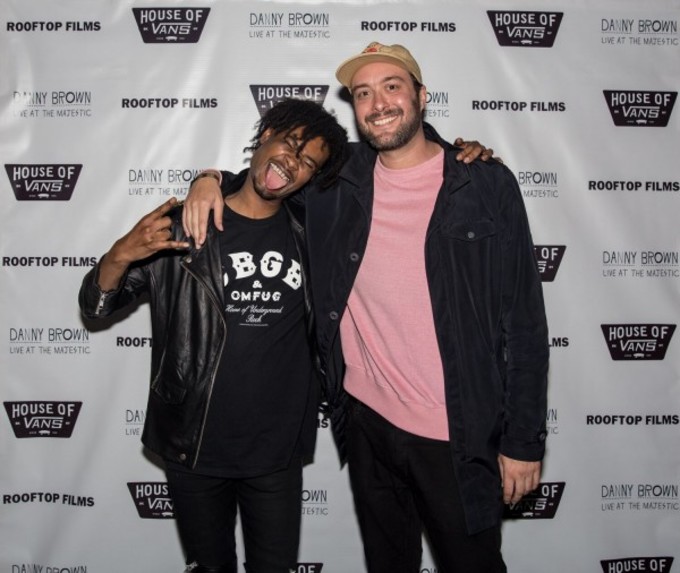 How long have you been working on this documentary?
About two years. I have to give all the props to [director Andrew Cohn]. I’m more like an actor in the movie. I’m really just being me, I’m just doing me. I can’t take credit for it, they’re just following me around with a camera.

What are you going to remember from the process of making the movie, what’s changed in those two years?
I don’t even know. I’m more of a look-to-the-future kind of guy. I’m already 35 years old, I’m just looking to see 40. I can’t remember the past right now. I can’t even think about shit enough to remember it. I always think about what the future’s going to be, I can’t wait. I had friends that died when Dreamcast was around, they never saw a Playstation 4, fuck! Can you imagine that, never seeing a Playstation 4? You never saw an Xbox One? You died at Dreamcast, fuck!

Virtual reality’s up next, are you going to get that?
I’ll get, I’m going to get it. I’m just waiting until I really get some time off. And it’s expensive, too. That’s like spending $3,000 to get it all set up. A lot of people are saying, “Don’t rush it, wait until they really figure it out.” But there are still good reviews on it. But there are so many good games out right now that I haven’t even finished, I don’t really have time. 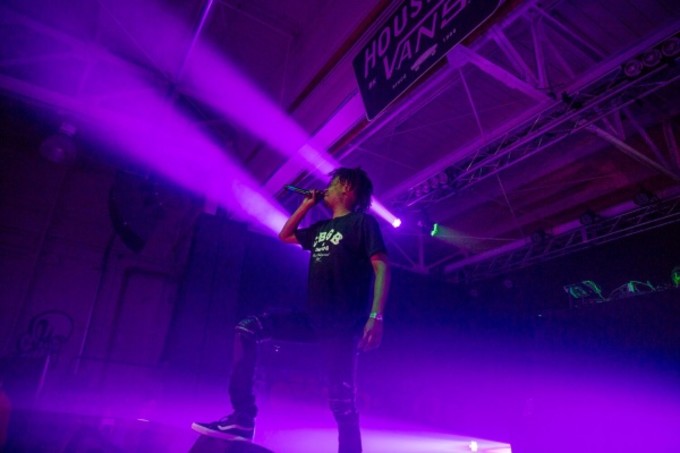 What’ve you been playing recently?
I just got the new Uncharted, I was just playing that and it looks amazing. I play a lot of sport games, been playing a lot UFC 2.

When do you feel like you’ve finished listening to an album?
It just means I understand it—it’s like studying, or reading a book. I gotta finish the book.

How are your cats Siren and Chie?
I call him Chi for short, a.k.a. Birdman Jr. I named him after one of my favorite video game characters, Chie from Persona. It’s a girl character, and I got that because my mom named me after a girl, my auntie Danielle. That’s her best friend, and she named me Daniel after her little sister. So I was like fuck it, I’m gonna name my boy cat after a girl, and that’s my favorite video game character.

Are they getting along all right?
Yeah, at this point—Chie’s the boy, so he’s gotten alpha. But don’t get me wrong, Siren is a diva. Siren’s a superstar. She knows people know who she is. She looks down on him, even though he runs shit. She can beat Chie up if she wants to, but she’ll let him rough her up if she wants to. She’s bigger than him.

Getting back to this doc, are you going to watch it with everyone [at the screening]?
Yeah, I’m definitely going to watch it. It’s going to be kind of embarrassing, that’s what I told [my manager Dart]. I really don’t want to watch it, but it’s kinda funny so I want to see if they’re going to laugh at the parts I think are funny. [Laughs]

Are you proud of where Detroit music is now, as compared to where it was when you were a kid?
Yeah, I think it’s cool! Detroit has always been on some gritty, grimy shit, and now for the first time it’s cool, too. It looks like we’re doing some cool shit—you have Doughboyz Cashout doing their thing on that side, then you got what I’m doing, then you see what someone like Dej Loaf is doing—I feel like Detroit is on some cool shit. Jack White has been cool, but now it’s starting to spreading to rap.