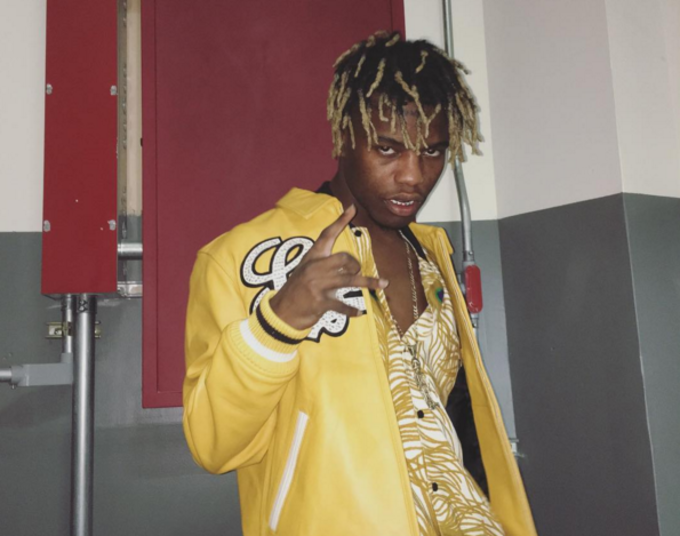 Last week, two women came forward and accused stylist Ian Connor—who has worked with artists such as Kanye West, A$AP Rocky, and Wiz Khalifa—of rape. They offered detailed accounts of their experiences with Connor, and several other women, some anonymously, shared similar stories soon after.

23-year-old Connor denied the accusations on Twitter immediately after they surfaced, and last night he took to social media again to declare his innocence and dismiss the claims: 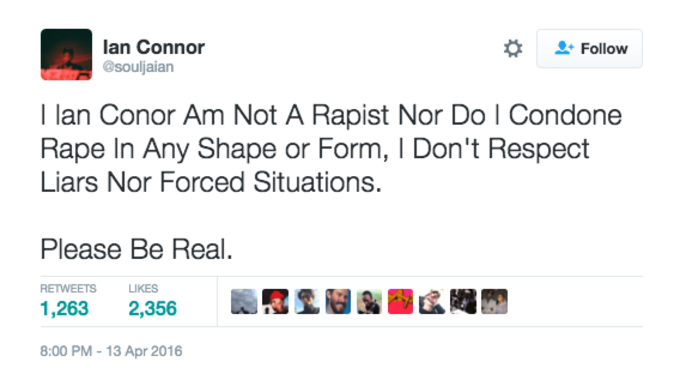 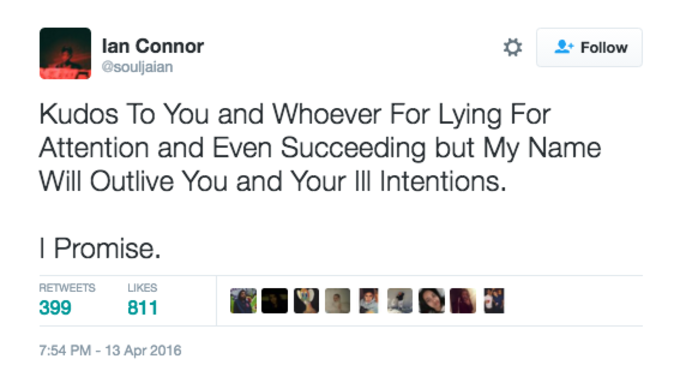 Documents provided by the DeKalb County Police Department show that at least one of the incidents has been reported, and a source confirmed to Broadly that the investigation is still active.

When the accusations surfaced last week, Connor said on Twitter: “Ain’t No Coincidence I Make My First Big Magazine Cover For A Bitch To Make Up Allegations For Her Own Self Esteem Purposes.” He was referring to his recent Exit magazine cover, but the report shows that the incident was reported back in 2015.

Since these allegations have started spreading, several of Connor’s old tweets have been pointed out by those questioning his character and his outlook on sexual assault.