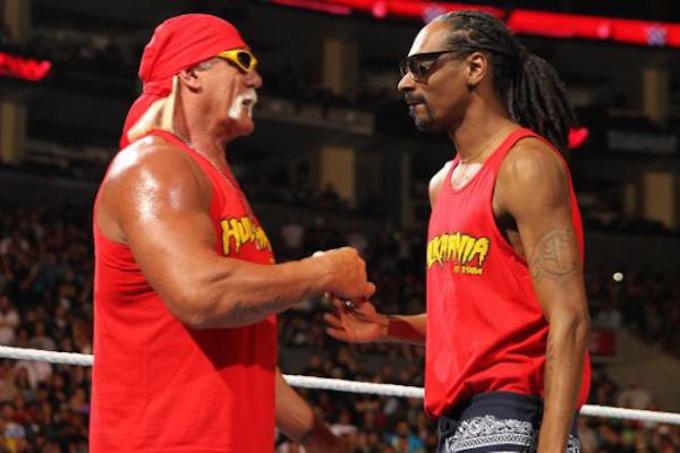 Snoop Dogg is a big fan of WWE. He’s appeared at a number of events, taken out a few wrestlers in the arena, and his cousin is WWE wrestler Sasha Banks. So, it seems to make sense that the organization wants to take things to the next level.

According to Rolling Stone, WWE confirmed earlier today that Snoop will be inducted into the WWE Hall of Fame’s celebrity wing. While many celebrities have been inducted, Snoop will be the first musician enshrined. Sting, the Godfather, the Fabulous Freebirds, Big Boss Man, and Jaequline and Stan Hansen will join Snoop Dogg at the 2016 WWE Hall of Fame Ceremony on April 2 in Dallas. It will air on the WWE Network at 8 p.m. EST, the day before WrestleMania 32. Banks has hinted that Snoop may make an appearance at WrestleMania.

Revisit some of Snoop’s finest moments with WWE below.