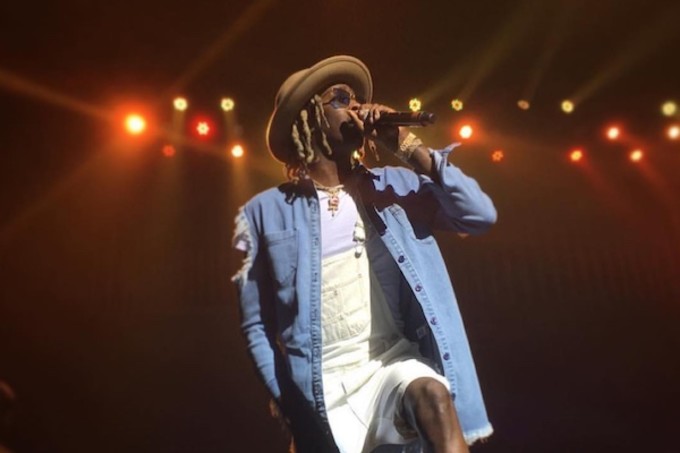 At the very least, Young Thug is an interesting dude capable of putting out some interesting hip-hop. Then there are those who think that Thug might be a musical genius, such as the people who created The Book of Thug, a website that breaks down the construction and nuances of his music. As they put it, the site “attempts to analyze various aspects and patterns of Young Thug’s incredibly expressive and complex musical language.”

The journey begins by explaining the site’s motives in part through an anecdotal quote from early Young Thug producer Dun Deal, who said Thug’s songwriting process doesn’t involve writing down actual words: “He would just draw what he wanted to do on paper. That’s how he used to record; he would draw, like, a picture. […] He’d be in the booth looking at the paper, and one day I went in there and looked at it and said, ‘You didn’t write any words down.’ He [Thug] looked at me and said: ‘I don’t need no words.'”

It only gets more interesting from there, as the site then trots out a parade of audio examples, charts, graphs and other mind-bending illustrations that add tons of credence to the thesis statement of The Book of Thug.

Check out The Book of Thug here.