Introducing the S16 Calvin Klein global advertising campaign. What do you do in yours? #mycalvins https://t.co/gndrvNJ7Bw

Fetty and Twigs don’t appear in the video above, but all four aforementioned artists shared photos on social media of themselves, shot by Tyrone Lebon, superimposed with text that reads “I [verb] in #mycalvins.” Kendrick reflects, Twigs excels, Fetty makes money, and Bieber flaunts. This isn’t the first time that Bieber has flaunted for the #MyCalvins campaign: you probably remember the shirtless drumming video from around this time last year. Check out each artist’s photo below.

I reflect in #mycalvins @calvinklein A photo posted by Kendrick Lamar (@kendricklamar) on Jan 26, 2016 at 3:13pm PST 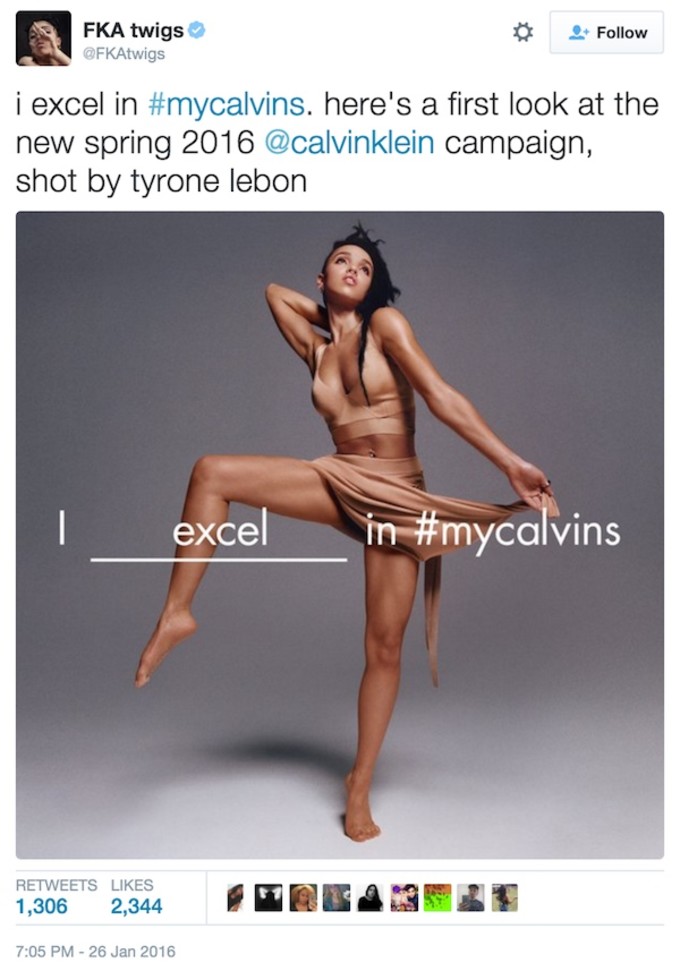 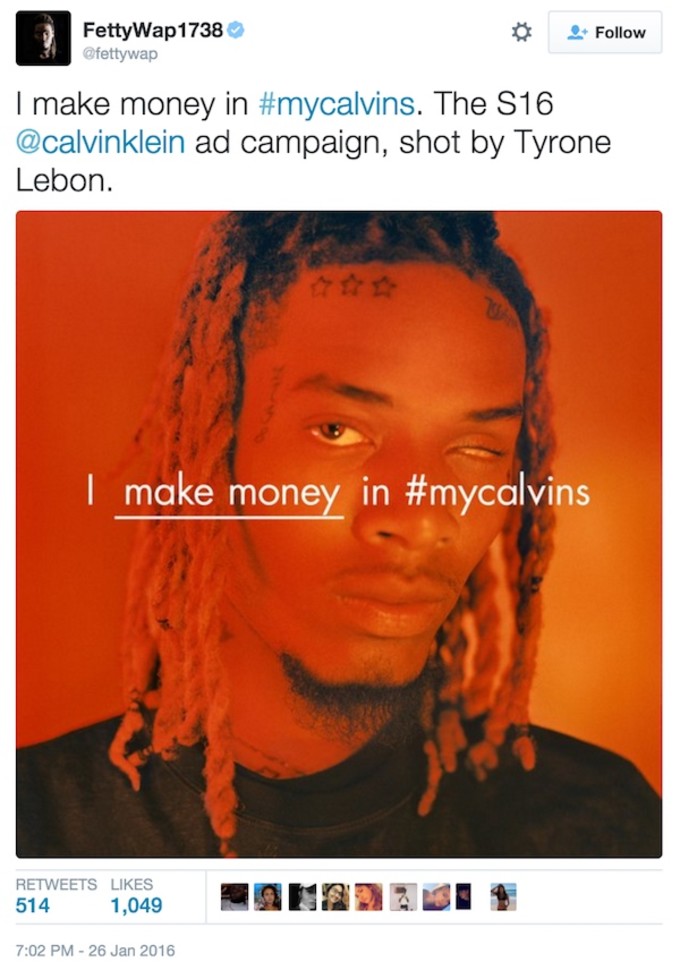 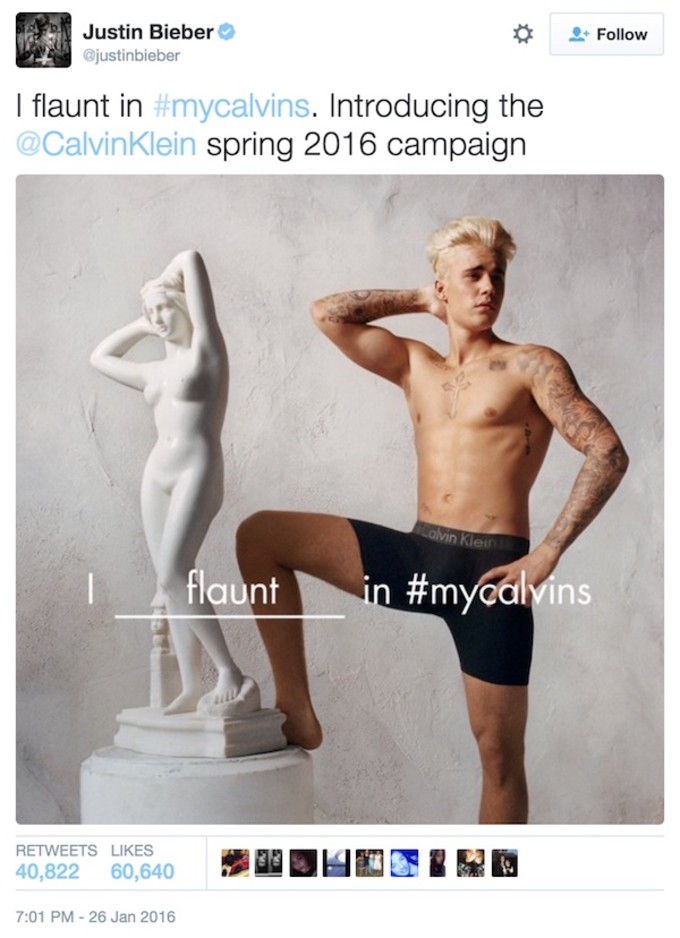