UPDATE: The Neighbourhood just announced summer U.S. tour dates. See all the dates and the flyer at the bottom of the page.

The Neighbourhood released their second full-length album Wiped Out! this year, following up their free mixtape of 2014 and cementing their spot as one of the best rock bands out right now. Without abandoning the slick West Coast sensibility of their debut, the group came with a more refined album, sounding tighter and more confident than ever. Before calling 2015 a wrap, The Neighbourhood took some time out to talk with us in Los Angeles. Watch above.

At 2 p.m. EST today, December 15, lead singer Jesse Rutherford will be taking over the Pigeons & Planes Twitter account. Follow along and use #AskJesse to ask him shit. 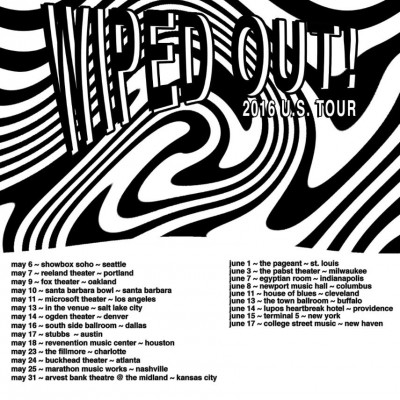