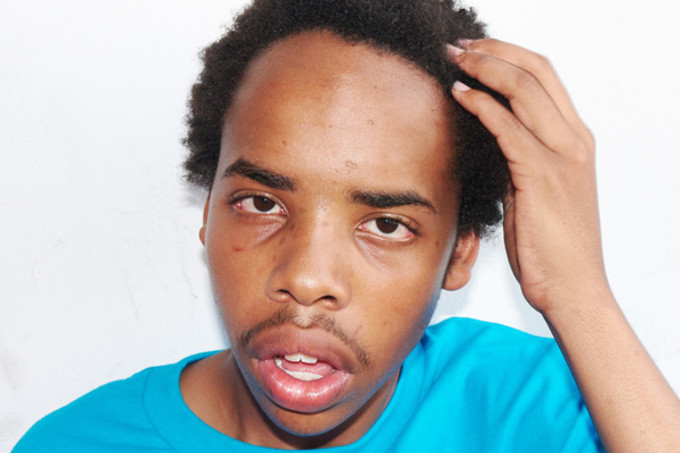 Earl isn’t exactly the happiest rapper out there. Over the span of his career since returning to the states he’s released “Chum,” a track about how he feels about his father, “Grief,” rapping about all of his frustrations in life, and the 10 minute epic “Solace,” which “shed light on the darkest parts of his soul.” With all of that going on it makes sense why he would call his latest album I Don’t Like Shit, I Don’t Go Outside. But the rapper seems to be turning over a new leaf and talked to Spin in depth about his career and how is 2015 went mentioning his next album will be “less isolated and depressed.”

On being back in the studio and changing up his production style:

Yeah, I’m in some guy’s castle. Uh, about a month ago. I’ve been making beats. I’ve been using different hardware and software, trying to get my sample game up. Cause I been with this nigga Knxwledge, and he just got that game sewed up. So he inspired me. I dig at my mom’s house, grab s**t. I keep an eye out for jazz, good oldies, and African, Jamaican s**t. Ethiopian s**t.

On not being depressed:

I’m not as depressed as I was last year when I hurt my knee, so I can’t keep making music about being in a cage ‘cause I’m not in a cage. I have a thing with myself where, like I have to be truthful with s**t I write, so with me not doing a repeat of I Don’t Like S**t, I have to make sure [I] don’t get to the space again where I don’t like s**t. That’s why a lot of times I end up isolating myself, because I O.D. on people.

On how he feels about I Don’t Like Shit:

Okay, okay, okay. Goddamn. I ain’t even going to lie, bro: I Don’t Like S**t, I Don’t Go Outside, maybe because of a personal connection with it, or maybe it’s because that s**t is fire. I really stand behind that s**t, bro. I put a lot of faith into it.

And the one that I feel even more strongly about than [I Don’t Like S**t] is [the surprise-released ten-minute song-collage] “Solace,” because of how personal it is and I made it for myself, so it’s kind of like a present to myself. Second, I feel like it’s the most honest in the sense that it is not entirely wallowing, you know what I mean? It’s not like I’m just sitting in a depression; it’s the first step to where I’m at now, which was like, taking s**t into my own hands and taking control of my own life and making the choice to be happier.

On if he still follows Eminem:

If you still follow Eminem, you drink way too much Mountain Dew and probably need to like, come home from the army.

The best thing that happened to him this year:

Got way closer with my mom this year. Some of the s**t that I said on [I Don’t Like S**t, I Don’t Go Outside] made it easier to just make things clear for me, and then the natural growth that happened with time, like I just loved how our relationship’s growing as I get older. I don’t get that weird childhood apprehension that sometimes puts a gate between you and your [parent]. So we can kick it now. She knows I’m grown now and that I’m not like at risk of doing any wild s**t. So when I come through and I’m high on leaves, it’s not a f**king big deal anymore.

The worst thing that happened to him this year:

Umm… acid? I was f**king bad. I took it at a time when I really didn’t need to be taking acid. I had like a f**king existential crisis at, like, four in the morning. But it was tight. We reeled it back.

On what people do not understand about Odd Future:

That it did not start as a bunch of people who were friends who then miraculously discovered that they all had some sort of innate music ability? Like we came together for a job, and we disbanded as a job. People who are brought together for work purposes… like when Kanye put together the GOOD music group, Rick Ross put together Maybach Music, it was like, “Oh, all these niggas aren’t actually homies, they just got brought together to do music.” But really, while some of the niggas at OF are some of my closest homies, we still came together to do it, like to get on. You kind of see what happened.