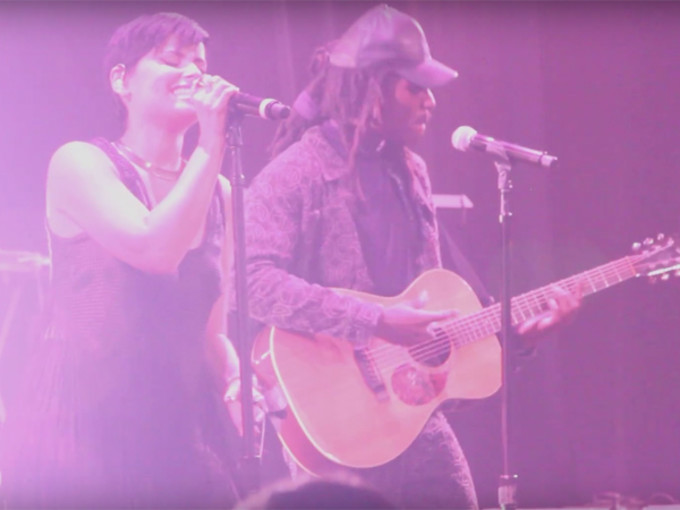 On Saturday night, Dev Hynes played two shows at the legendary Apollo in Harlem. The show was billed as “Blood Orange & friends,” and the promise of good company was kept. Throughout the two shows, Dev brought out Solange, Ratking, Le1f, Despot, Kindness, and Junglepussy. It was an incredible night filled with impressive musicianship, good vibes, and plenty of dancing.

Many of the guests were expected, but it was a surprise when Dev announced that his close friend Nelly Furtado was coming out to play a new song. A short-haired Furtado walked out, all smiles, and thanked Dev and New York City for having her. The two played a new song that they made for a limited edition cassette tape, and then delivered a crowd-pleasing acoustic mash-up of Furtado’s “Say It Right” and Phil Collins’ “Another Day in Paradise.”

The night was another testament to Dev Hynes’ genius—not only in music, but in performance, arrangement, and the ability to unite people with positivity and creativity. Thanks for a great night, Dev.

All proceeds from the event are going to Opus 118 Harlem School of Music. 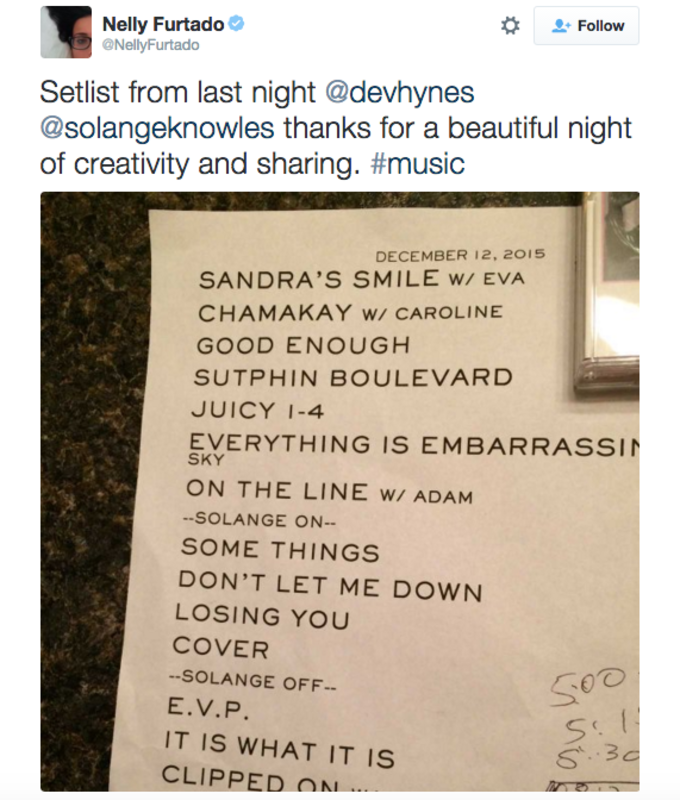