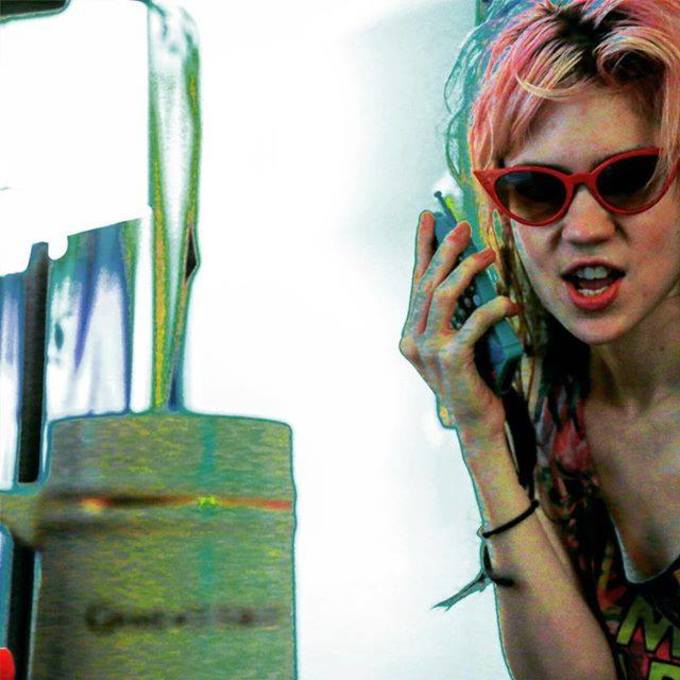 Whenever we post a new Grimes song or video or news story on social media, we always see at least one response that goes something like this: “She’s trying way too hard to be weird.” Just check out our Facebook page. And the media is quick to point out that yes, Grimes is weird. But is she really?

It’s a strange phenomenon, considering that Grimes has been releasing music since 2010 and has been consistently operating in her own world, separate from current sounds and trends. Before her breakthrough album Visions in 2012, the Canadian producer/songwriter/singer made two albums: Geidi Primes and Halfaxa, both released in 2010. Those two projects remain her most experimental work. Visions was more accessible, but still unlike anything of its time, with its sweet melodies drenched in reverb and buried in ambient textures. It catapulted Grimes into indie stardom and has since been heavily imitated, but it is by no means a straightforward pop album.

In the years following Visions, alternative pop has become commonplace. That term—alternative pop—was previously used to signify an alternative to the norm, or more radio-friendly pop, but the world of indie music has become saturated with the sounds that used to be truly alternative.

The term is now one of those catch-all labels loosely used to group together any music that doesn’t sound like chart-toppers such as Katy Perry, Taylor Swift, or Ed Sheeran. But now we’ve got FKA twigs, BANKS, Lorde, MØ, and countless others who have managed to blend the accessible with the untraditional, and have achieved success in the process, effectively shifting what the mainstream, and the norm, sounds like.

So with the release of her new album Art Angels, why are people still calling out Grimes for trying to be “weird?”

First of all, I don’t think Grimes is trying to be anything. I don’t know her personally, but after following her on social media for years, listening to her music, and interviewing her once after the release of Visions in 2012, I get the feeling that Grimes is pretty comfortable being herself and pursuing her own interests. Those interests don’t always fall in line with what’s cool or of-the-moment, and that’s exactly why Art Angels sounds so unique.

Let’s say for argument’s sake that Grimes is trying to be weird. Is this such a bad thing? I’d much rather listen to an artist trying to be odd and different than one who is trying to fit in. Since Grimes’ breakthrough, there have been swarms of cookie-cutter musicians making electronically charged, left-field indie pop. A lot of them are really good at it, but the market is flooded with artists who follow trends, no matter how out-there those trends are. If anything, being weird should be celebrated.

Aside from all this, Art Angels isn’t that fucking weird. The melodies are catchy, the vocals are clear, the production is forward-thinking but accessible, and the songs stick to a familiar format that includes verses and choruses. If Grimes was “trying way too hard” to be weird, why does lead single “Flesh Without Blood” sound like a song that, with a few tweaks, wouldn’t be entirely out of place on a Taylor Swift album?

Art Angels is Grimes’ least “weird” work yet. Maybe the reactions all have to do more with Grimes’ rise into the public spotlight. Through social media, we’ve been given a glimpse of her personality, and she’s far more candid than most artists, whose social media accounts appear to be (and probably are) controlled by PR teams. Or maybe it’s just that she’s much more popular than she’s ever been, and she’s being exposed to an audience that isn’t used to artists who stray too far from the norm. 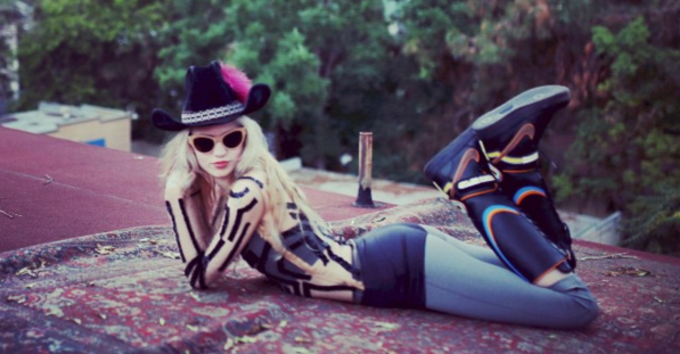 In an interview with The Guardian, 27-year-old Claire Boucher admitted, “In my life, I’m a lot more weird than this. Grimes is more palatable for humans. If it was up to me maybe I’d wear a mustache or something. I try to make it digestible to a degree. That’s what I’m interested in seeing. I create a thing that I wish existed in the world, versus my own full unabashed creative expression.”

What makes Grimes’ Art Angels so interesting is not that it’s weird; it’s that the reference points for this music come from all over the place, and they’re combined in entirely new ways. Just trying to describe a song like “Kill V. Maim” is a challenge because it’s so unlike any other modern music. It’s a chaotic song that sounds like a cheerleader chant taking place during a riot.

Weird is only weird until everyone agrees that it’s cool.

One look at her tumblr and you can see the wide range of music she listens to, including Dixie Chicks, Bollywood soundtracks, and Kendrick Lamar. In the age of the internet, when we can hear more music than ever before, you’d think we’d get more surprising blends of styles and sounds, but too often it all comes together in the same ways. When one artist stumbles upon a unique new sound that catches on, dozens follow, and soon enough swarms of marketable new artists are all buzzing around the same hive.

It’s too soon to tell if Art Angels will be another game-changer, but don’t be surprised if the “alternative” pop of tomorrow starts sounding a lot less like Visions and a lot more like Art Angels. Trends come and go, but the artists who evolve and take risks are usually the ones who stick around and influence everyone else. Weird is only weird until everyone agrees that it’s cool.

In that same Guardian interview, Grimes said, “I just don’t want to sound current. If I sound current, it’s because I made the new current.” If that quote can be interpreted as “trying to be weird,” then maybe more musicians should try to be weird, because in a world where we’re given access to more music than ever before, we need more artists to set trends instead of following them.