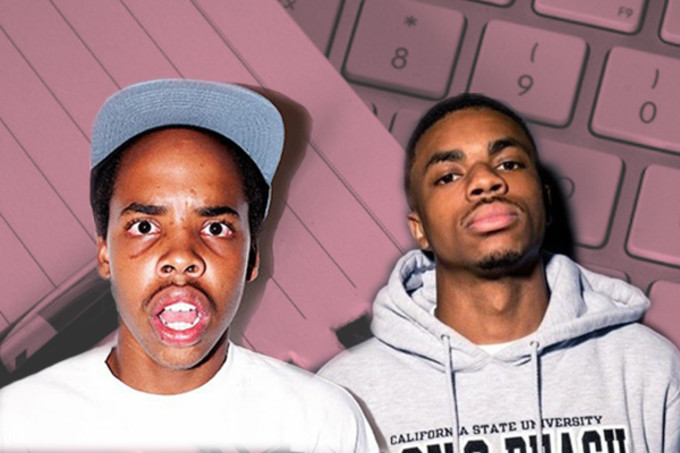 As a 26-year-old, I can remember the days before social media swept the internet and revolutionized the way in which we receive our information. If I wanted to find out the latest rap news, I’d have to listen to the radio or read magazines to get the news. Now we can seek out that information ourselves, and the people making the music have become the primary source of instantaneous dissemination.

Rap is the documentation of one’s life, and by extension, one’s real or imagined lifestyle. Rappers are storytellers, weaving tales of their pasts, presents, and futures. As such, while they may not be reporting on City Hall, rappers are journalists. They gather, process and disseminate news stories in four-minute intervals, contributing to the culture with each song. Their stories might not always be rooted in fact, but they are reflections of a time and place, and often inspired by harsh realities.

Biggie Smalls helped people understand a life of poverty in Brooklyn, and the wax testimony of artists like N.W.A. and Vince Staples put the spotlight on police brutality in L.A. Rappers are a direct conduit to a perspective often ignored by mainstream media.

And these days, the most direct way to continue the conversation after the song ends is through social media. Unfortunately, just like in rap, not every journalist practices responsible reporting. Earl Sweatshirt recently took issue with rap media’s tendency to turn his random thoughts into clickbait articles, and he’s not alone in his frustration.

Back in 2014, Lupe Fiasco called out HipHopDX, accusing a writer of not doing their research. Vince Staples has cultivated a reputation for Twitter scuffles too, responding to journalistic appropriation and old-world sermonizing. Their irritation is understandable—too often an artists’ comments are taken out of context to create controversy and generate clicks. 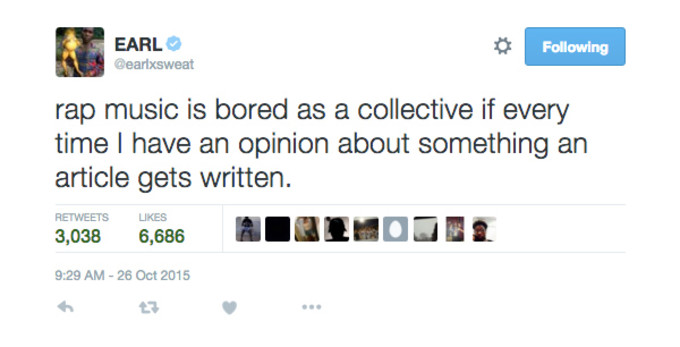 But when I read an artist’s tweets, I feel like I’m there in the moment, the same way I do when I listen to their lyrics. I may not always be able to relate to them on a personal level, but it’s a way for me to understand where they’re coming from. A rapper’s Twitter persona is either an extension of their rap persona or a chance to define the difference between their real and the projected selves. Either way, a lot of artists create social media accounts purely as a means of communicating directly with fans—it’s a soapbox for your voice as an artist, as a citizen, or both.

A rapper’s Twitter persona is either an extension of their rap persona or a chance to define the difference between their real and the projected selves.

Journalists aren’t in any danger of losing their jobs to rappers any time soon—on the contrary, rather than antagonize one another, bloggers have the opportunity to work with artists, contextualizing their comments for a larger audience. But there’s a difference between an interview and a Twitter feed. Personal tweets can be coded in language that is foreign to the uninitiated—this tweet from Tyler, the Creator doesn’t make much sense until you learn of his legal troubles in Australia: 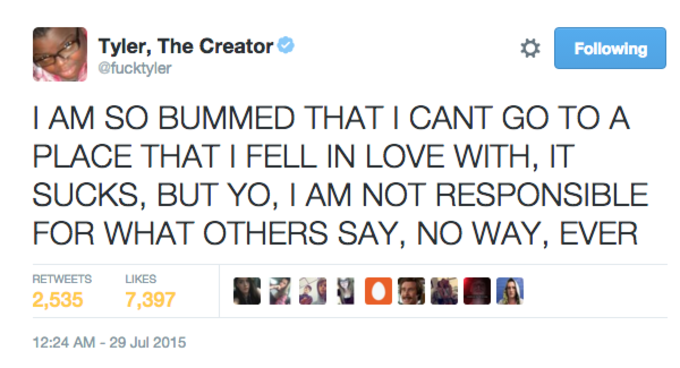 While Earl has a valid point, there’s no avoiding it: privacy on Twitter does not exist. An artist with fans and followers shouldn’t be surprised that a particularly volatile opinion kicks up dust on social media—a paparazzi photographer is going to start taking even more pictures if you flip them off. That said, Earl and Vince are right—it sucks. Today’s journalism relies too often on hot takes, not measured analysis and context. Journalists are now catering to a generation raised on social media, TMZ, and reality television. But the downside of extra attention only emerges only after you’ve succeeded on much more important levels.

Vince Staples’ recent tweets about ’90s hip-hop enraged some rap purists. By sharing his thoughts, Staples sparked a healthy debate that made a lot of fans think about something worthwhile.

These opinions are not his music, and shouldn’t be treated as such. Nor should we treat his word as bond (nobody can drink that much Sprite). We’re here to curate, and if an artist says something relevant to our interests and those of our readers, that feels like a reason to share. It shouldn’t be a reason to demonize or make assumptions—just to share.

Twitter has become more than a cork board for random thoughts. It provides real-time accounts of everything, from Mike Brown to Azealia Banks. The site has allowed anyone to become a journalist, crafting their own stories from the absurd to the heartbreaking. A Twitter account is an easy way to get a sense of what a person is about—even if it’s Cher—which is why an honest, hilarious, sharp thinker like A$AP Yams was loved by so many through his tweets alone.

The voyeuristic nature of social media means that we’re quick to document the movements of others, even if it adds no real value. The value comes in curation—what a publication deems worthy of further conversation or consideration. A tweet’s author has every right to take issue with the way its presented and contextualized by a website or blog, but to protest the coverage itself is pointless.

Social media is a public forum, for better or worse, and if you share something through its many channels, you better be prepared to back it up. It’s important for music’s culture to be documented with authenticity, and what is more authentic than the words delivered directly from the artist? Some websites might quote Vince Staples’ tweets out of context, and some tweets may be nothing more than fleeting thoughts not meant to be dissected, but at the end of the day, words coming directly from the source will always hold weight. The barriers between artist and audience are breaking down right in front of our eyes—let’s celebrate that.