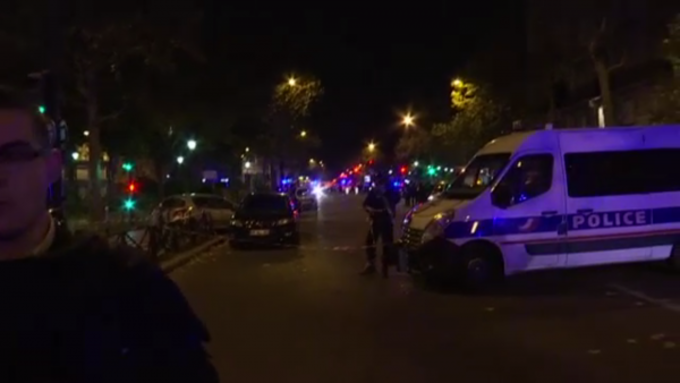 Update (11/13/2015, 5:56 p.m. EST): French band Red Lemons have posted to Facebook, ensuring fans that they are unharmed and that Eagles of Death Metal are also alright. The post reads:

For our american and english friends, a terrorist attack happened at the Eagles of death metal concert. We are safe. Mikel Ross, Eric McFadden we were with your mates Jesse, Tuesday, the other musicians outside, they’re safe too, they took a cab.

A series of attacks have taken in place in Paris tonight, and one target is the Bataclan, a concert hall where Eagles of Death Metal were scheduled to play a sold-out show. It remains unclear exactly what’s happening inside the venue, but Agence France-Presse reports that at least 15 have been killed at the Bataclan, and 60-100 hostages are currently being held. The Guardian reports that a shootout took place at the concert hall prior to the hostage situation.

The concert hall is currently surrounded by police and the scene is being live streamed here.

We’ll update as we see more.