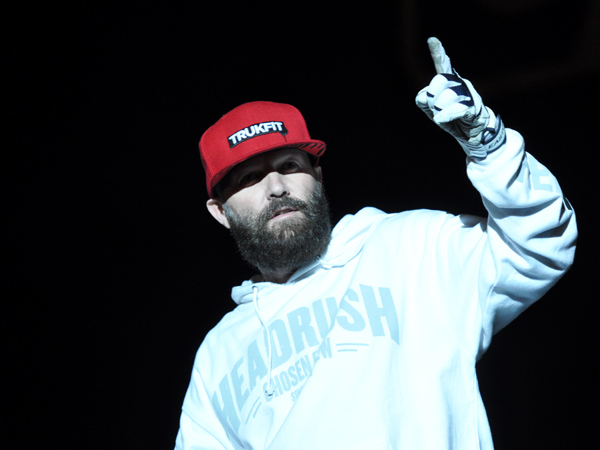 During a 2014 concert, Limp Bizkit paid homage to Rage Against the Machine with a cover of “Killing in the Name”—it’s a song they’ve covered frequently over the years. During the performance, frontman Fred Durst exclaimed: “This is dedicated to the rap-rock band that started this shit!”

Now, in an interview with Rolling Stone, Rage Against the Machine bassist Tim Commerford reveals that the respect is not mutual.

“I do apologize for Limp Bizkit,” Commerford said. “I really do. I feel really bad that we inspired such bullshit. They’re gone, though. That’s the beautiful thing. There’s only one left, and that’s Rage, and as far as I’m concerned, we’re the only one that matters.”

Meanwhile, Limp Bizkit continues to exist, and they are gearing up for a tour of Russia.