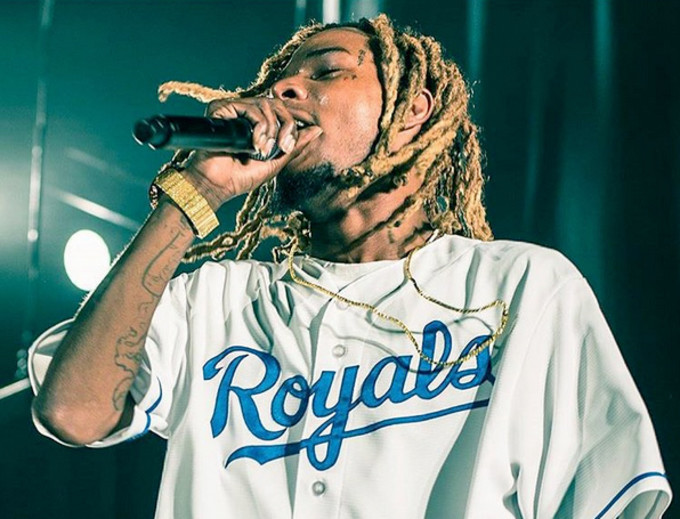 Fetty Wap, who signed to Lyor Cohen’s 300 Entertainment in November 2014, has only been a known pop commodity since May, when his debut single, “Trap Queen,” debuted on Billboard’s Hot 100 chart. Note that Billboard scatters Fetty Wap’s hits and chart performance across the magazine’s “R&B/hip-hop” and “dance/electronic” categories, and Fetty recently made Billboard history in becoming the first artist to chart his first four hits in the Top 10 Hot Rap Songs all at once. By that metric of achievement, Fetty Wap is a rapper—at least according to Billboard.

Never mind the fact that of the four “Hot Rap Songs” in question, two of Fetty Wap’s hit singles (“Trap Queen,” “My Way”) feature no rapping at all.

Despite the popular rush to regard him as such, it’s not logically clear why, exactly, we’ve all just somehow agreed that Fetty Wap is a rapper. I mean, he’s black. He has nappy dreads. He’s missing his left eye due to glaucoma-related complications. I understand that these several aesthetic and ethnographic indicators should, stereotypically, belong to a rapper. The obvious counter-observation, of course, is that Fetty Wap sings primarily and raps only occasionally à la Bobby Brown, Nate Dogg, or Chris Brown.

None of those guys are rappers, by the way. Nate Dogg is not a rapper. Nate Dogg sings.

Here’s a clip of Fetty Wap, a singer, singing.

In contrast, here’s a clip of Fetty Wap and the Remy Boyz rapping the verses of “679,” with Fetty singing—singing—the hook.

(As an interlude, it’s important to consider what it means, exactly, to refer to a vocal performance as “a rap” rather than as singing, especially considering that so much contemporary rapping is melodic and auto-tuned. I think all rapping, in order to qualify as such, ought to essentially resemble the technique and conversant sense that Gil Scott-Heron employs on “The Revolution Will Not Be Televised,” a spoken-word, proto-rap that Scott-Heron released through RCA in 1970. Lauryn Hill, for instance, clearly follows from this tradition. So does Future. So does Biz Markie. So did 2Pac. So does Soulja Boy. So does Drake. Fetty Wap, however, does not.)

Now, my third and final exhibit: here is singer Bobby Brown in the music video for Ghostbusters II soundtrack single “On Our Own,” a song that he opens with an 8-bar rap before singing the rest.

OK, so “On Our Own” opens with a rap verse, followed by an intro, a sung verse, a sung pre-chorus, and then a sung chorus. Likewise, Fetty kick-starts “679” with a cursory, 12-bar rap that segues into his sung pre-chorus, and then his sung chorus. “Again” obeys a similar format. Other popular Fetty Wap songs—“Trap Queen,” “My Way,” and “RGF Island,” for instance—feature no rapping at all, just singing.

Now, is Bobby Brown a much better, more technically proficient singer than Fetty Wap? Absolutely, he is. Bobby Brown is a proper R&B singer, trained in a church choir and formerly one-fifth of new jack swing group New Edition. In contrast with Brown’s relatively traditional R&B training, Fetty Wap is, approximately, a pop singer who works with hip-hop producers.

At best, you could maybe argue that Fetty Wap is a rapper because his target demographic identifies with hip-hop more than it identifies with other genres, including R&B. That’s one credible way to examine the whole notion of genre, for sure. But, target audience, if we’re just straight up examining Fetty Wap’s core skill set, he’s clearly, primarily a singer—way more so T-Pain than he is Future.

To summarize: Many have compared Fetty Wap’s vocal style to yodeling, which, as a mode of singing, is rather unlike rapping. I rest my case.