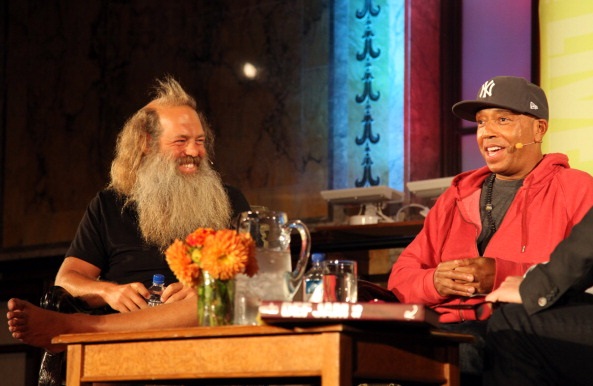 When something clicks with audiences, Hollywood loves to remake that one thing again and again and again until 1) we’re completely sick of it 2) we find something new 3) the rapture happens. Case in point: vampires, post-apocalyptic teen stories, and Marvel-based movies, and now it seems we can add music biopics to that list.

After the success of the N.W.A. biopic Straight Outta Compton, (and the subsequent green-lighting of the Welcome to Death Row film), a new biopic may be in the works focusing on Def Jam. According to Deadline, the film would be based on Russell Simmons’ memoir Life and Def: Sex, Drugs, Money, + God which details Simmons’ career, focusing in particular on the creation of the hip hop label with Rick Rubin. While nothing is set in stone, Deadline states that Michael B. Jordan is in talks to play Simmons, while Jonah Hill is rumored to be taking the role of Rubin.

The news is still very much in the rumor-stage, but from the sounds of it already, the biopic could have strong potential.