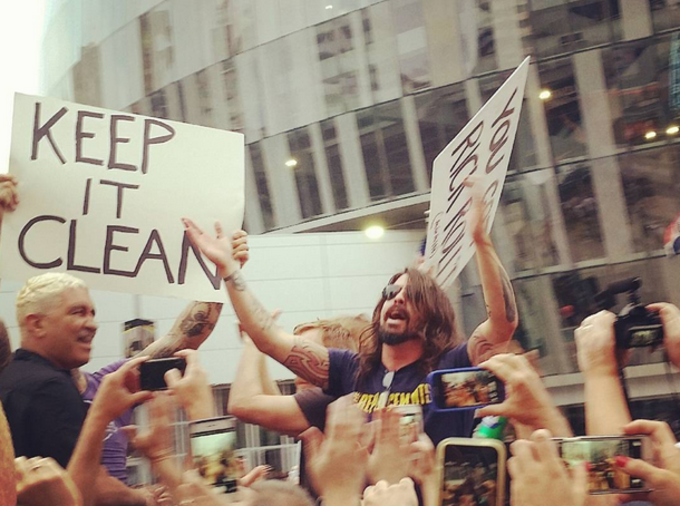 The notorious, extremist, hateful Westboro Baptist Church decided to protest in Kansas City, Missouri, outside a Foo Fighters concert at the Sprint Center, and Dave Grohl’s band fought back in the best way possible: some classic trolling.

Dave and co. rolled through in a pick-up truck, blasting Rick Astley’s “Never Gonna Give You Up” and holding up signs that read “YOU GOT RICKROLLED (AGAIN!)” and “KEEP IT CLEAN.”

As Billboard reports, this isn’t the first time the band has gloriously disrupted a Westboro Baptist Church protest. In September of 2011, they rolled through another protest in Kansas City singing “Keep It Clean,” a song about “hot man muffins.”

Today for work I took part in Rick Rolling The Westboro Baptist Church. And it’s going on my fucking resume. #FooFighters #NeverGonnaGiveYouUp #Teamwork