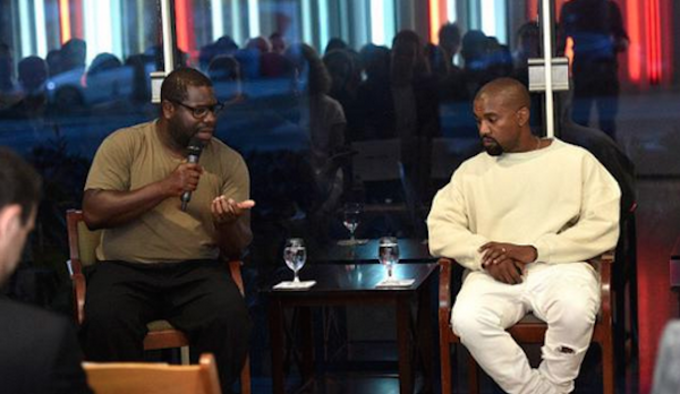 Kanye West joined director Steve McQueen for a very exclusive talk last night (July 24) ahead of the U.S. debut of his latest video, “All Day/I Feel Like That,” at the Los Angeles County Museum of Art.

According to a report from the L.A. Times, McQueen intended the video “to be a microscopic portrait of West, with the camera serving as a literally in-your-face observer.” Mirroring West’s life in the public eye, the video is about the “gaze and the gaze following you,” in McQueen’s words.

Kanye’s commentary was apparently typically unfiltered, littered with complaints about the music industry and the relationship of money and art. “I go off on these rants that don’t make any sense but I don’t give a —,” he told the audience.

As for why he chose McQueen to direct the clip, West said, “I elevated my palate. I wanted him to be in charge… It wasn’t overly thought out… He came to our wedding, also.”

West, whose (accurate) self-assessment allowed that he is a “bad celebrity but a pretty good artist,” also told the crowd that he views music as “as a long training ground to be allowed to collaborate.”

Read the full report at the L.A. Times.

Watch a fan video of the “All Day/I Feel Like That” piece from its Paris premiere below: