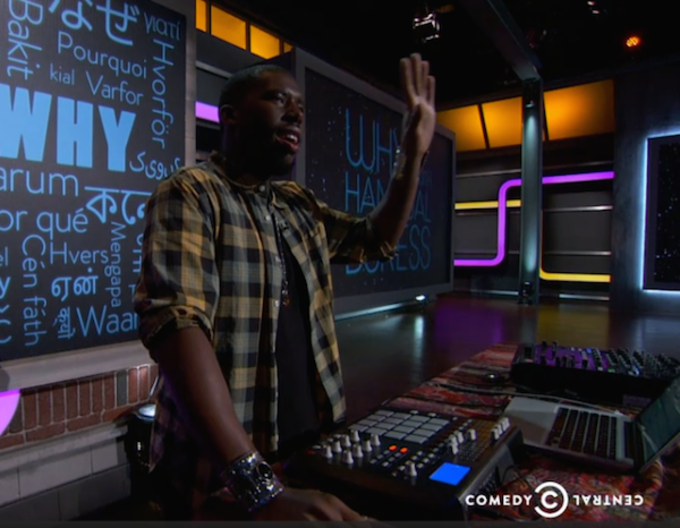 It’s important for late night shows to have solid musical backing—really, where would Jimmy Fallon be without the Roots? So it makes sense that Hannibal Buress has decided to add a little starpower to his new show Why? with Hannibal Buress on Comedy Central in the form of producer/musical iconoclast Flying Lotus.

Lotus, after making an appearance on the show last week, announced on Twitter today that he’d be “playing new shit” every Wednesday–tune in tomorrow at 10:30 p.m. EST to see his what he has in store.

Tune into @hannibalburess new show on Comedy Central it's called "why?". U can catch me there playing new shit every Wednesday.