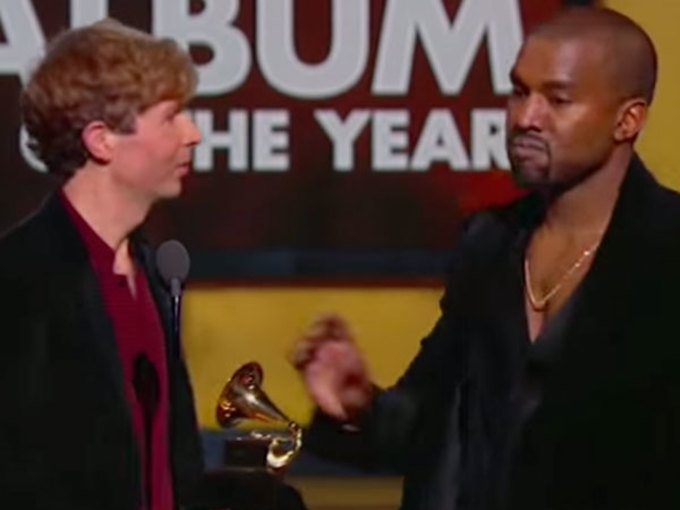 In a new interview with The Sunday Times, Kanye West revisits the comments he made after Beck won the 2014 Grammy for Album of the Year. Back then, Kanye said, “All I know is if the Grammys want real artists to keep coming back they need to stop playing with us… Beck needs to respect artistry, and he should have given his award to Beyoncé.”

In the new interview, quoted by NME, Kanye admits that his statement was inaccurate. “I’m fine to apologize for inaccuracies. You know, I send flowers for inaccuracies,” he explains. “I talked to Beck’s wife, and I think I had a point about Beyoncé’s album, but I think I was inaccurate with the concept of a gentleman who plays 14 instruments not respecting artistry.”

Kanye then went on to compare himself to Leonardo da Vinci: “Imagine if Da Vinci or Michelangelo or Galileo were asked not to think of anything except for the one thing they first became famous for. So da Vinci could only have one idea. For all haters, I’m not saying I’m da Vinci, but I feel it’s right for any human being to compare themselves to anything. I could compare myself to this chair, I’m saying, ‘I’ve got all this on my back, so I’m a chair.’ People get really uptight about my comparisons, but I’m an extreme speaker, and I speak through comparisons.”

In other Beck-related news, here’s the first single off Beck’s upcoming album.