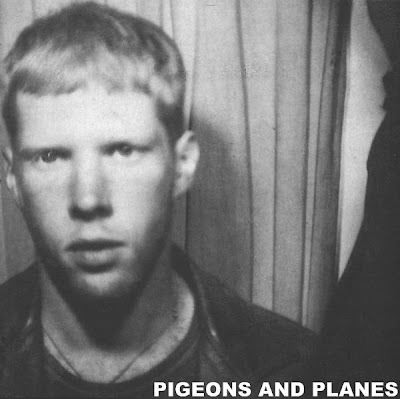 Things have been pretty good around here. The music has been flowing like Ciroc at a Diddy party, but it’s been a while since I posted something truly weird. If you come here often, you know that while I’m sometimes entertained by the latest MTV-worthy videos and radio friendly hits, I also have an appetite for the twisted, the strange, and the unique.

That being said, it’s time to pull the trigger on a weapon that I’ve been storing in my arsenal for a long time – The Jandek Post. I’ve actually given you a taste for Jandek before, but it’s time to upload a song. First, some background.

Jandek began releasing albums in 1978 -albums that sounded like a man alone in a room with an untuned guitar singing painfully strange and desperate songs. The albums were released through Corwood Industries, which turned out to be nothing but a PO Box in Texas, and they came consistently at a pace of 1 or 2 a year for 26 years before anyone knew anything about who this man was. The only clues that he actually existed were in the ghostly photographs on the covers of his album (like the one depicted above) that were assumed to be him.

Some of that mystery died when Jandek performed live in Scotland in 2004. Most people in the audience weren’t aware of who they were seeing until after the show. He still does a handful of live performances, but his following is relatively small and cult-like other than a few celebrity fans like John from The Mountain Goats, Ben from Death Cab, Sonic Youth, and Bright Eyes. Still very little is known about his personal life. A really great documentary called Jandek On Corwood was made about him and his music. I highly recommend you watch it in a dark room late at night.

For me, listening to Jandek is a once-a-year type of thing. It’s not the kind of music that I think anyone really wants to hear on their way home from work or while they’re out at a bar, but I’m glad that it exists. To be honest – most people will probably hear it and think it is complete shit. It really goes against almost everything that most music tries to achieve, and at the same time there is something that feels completely honest about it. Some avant-garde type music seems self indulgent and intentional. Jandek sounds like he’s just a lonely guy making noises that he likes. It’s more raw than the Wu-Tang could ever dream of being and if you hear it at the right moment in time it might just move you. Check out a couple of songs below and a clip from the documentary under that. One day I’m going to write to Corwood Industries and see if I can get a Jandek response. I’ve heard he has returned letters politely declining to give any information. I would love to possess one of those.

Jandek – Naked In The Afternoon | YouSendIt