Mac Miller's GO:OD AM album is due to drop next month, and with the hype already high with his fans, he just announced a full tour to go along with the project. The tour, which kicks off at the beginning of October, will also include sets from Tory Lanez, Goldlink​, Domo Genesis, Earth Gang, Michael Christmas, and more.

The tour is set to run all the way through December and will include stops in New York City, Atlanta, Chicago, Los Angeles, Houston, and many more. Ticket information for the tour can be found here, while the full list of dates can be seen below. Pre-order Mac's new album on iTunes here, before it drops on September 18. 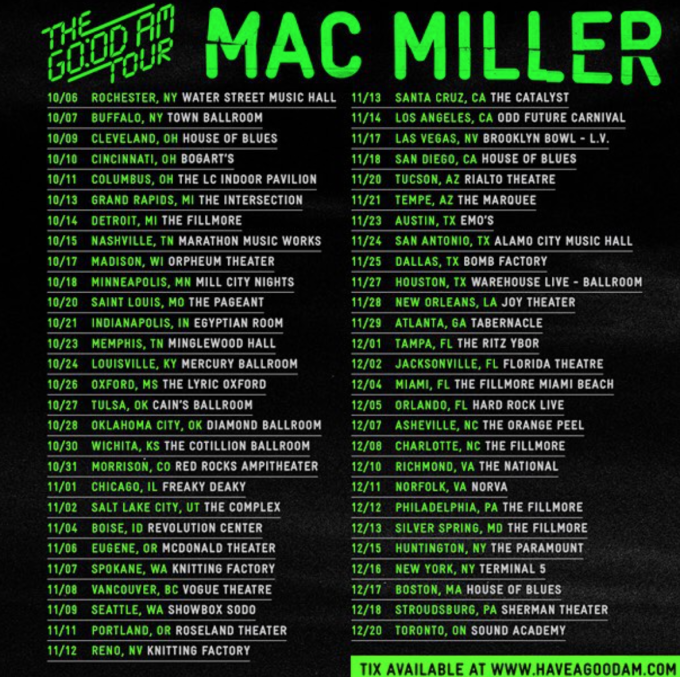