Over the last few months, TEKLIFE's own DJ Earl had been touring the U.S. and Canada, bringing the sound of footwork to a number of hungry crowds and venues. Today he just announced that he'll be hitting Europe alongside DJ Taye, kicking off this Friday in Belgrade. Some highlights include October 11, where they hit London for a special Hyperdub x Teklife show, followed by a Rinse FM stop on October 12 (hopefully a recording of that set hits the 'Net). Throughout October they'll hit Paris, Geneva, and Prague, and we have a feeling that the crowds will be more than ready to ingest some proper footwork. This'll be a great primer of dates before the release of Next Life as well.

As you can see, the October 17 date says they'll be alongside Spinn and Taso at the Unsound Festival; those two will also be touring Europe; check out their list of dates below: 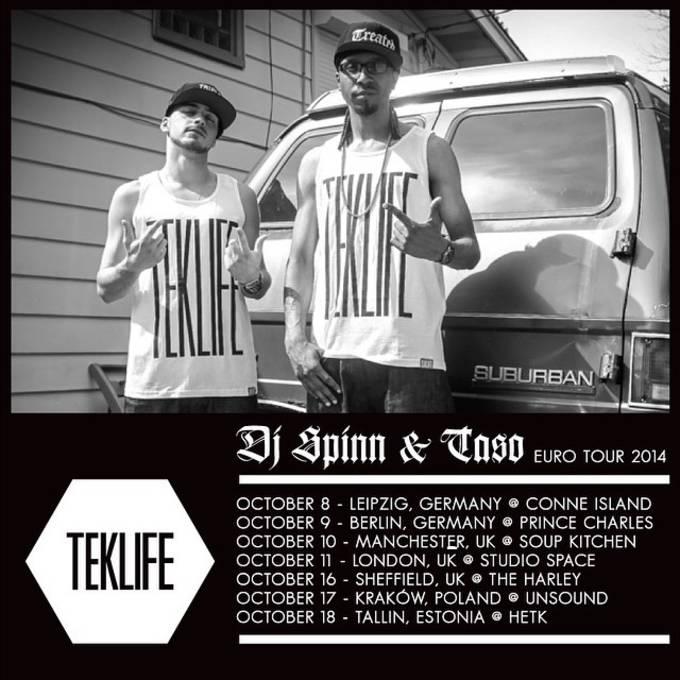