In an environment growing increasingly more friendly to far more mainstream, explosion, car alarm and wall-of-flames-friendly EDM, the Brooklyn Electronic Music Festival celebrates its seventh year in existence in 2014 and announces a lineup featuring a true who's who of more highly regarded in the underground tunesmiths and disc jockeys certain to turn the borough upside down and inside out on the dance floor in over 10 Brooklyn venues on November 7th and 8th. Venues included in that list are the Music Hall of Williamsburg, Output's Panther Room, Verboten, Cameo, Villain, Kinfolk, Baby's All Right, Glasslands and an undisclosed location for the event's afterparties. 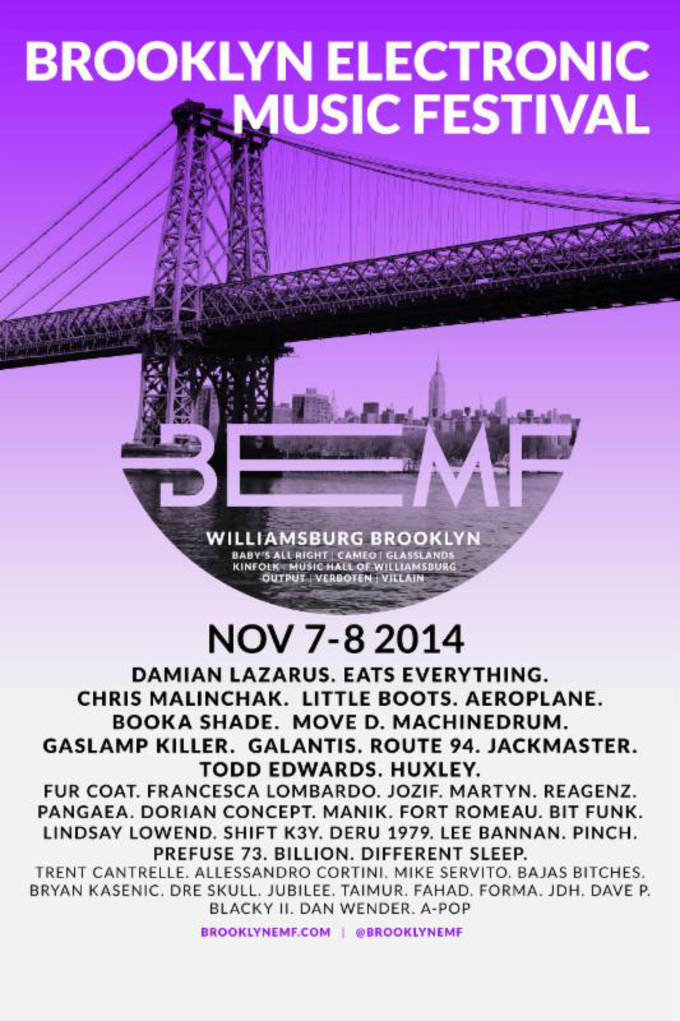 Two-day festival passes are $120 and on sale now, with a limited number of $175 two-day VIP passes, with VIP passes ensuring expedited entry, and what is described as "a limited edition BEMF t-shirt and additional perks." For more information, visit the BEMF website. However, if needing something to hold you over until then, here's an official 2014 BEMF mix from Machinedrum filled with exclusive cuts and rare remixes: