Counterpoint, widely considered to be one of the best festivals of 2012, has just released their lineup for this year. If you were expecting a reincarnation of the 2012 line up, prepare to be very very surprised. The 2012 lineup, which boasted Skrillex, Bassnectar, Avicii, Pretty Lights, and Steve Angello as headliners, has been almost completely re-aligned this year with the headlining talent going by names such as Outkast, Foster The People, STS9, and Pretty Lights. The lineup's change of pace doesn't stop there however. Looking through the smaller print, there are significantly fewer acts that would be considered "EDM" and a lot more indie electronica, pop, and hip-hop oriented acts. We imagine that there is going to be a lot of polarizing opinions on this lineup and we will have more on that later. It is quite a fascinating line up to say the least and one that is doubtless going to appeal to many people at any rate. 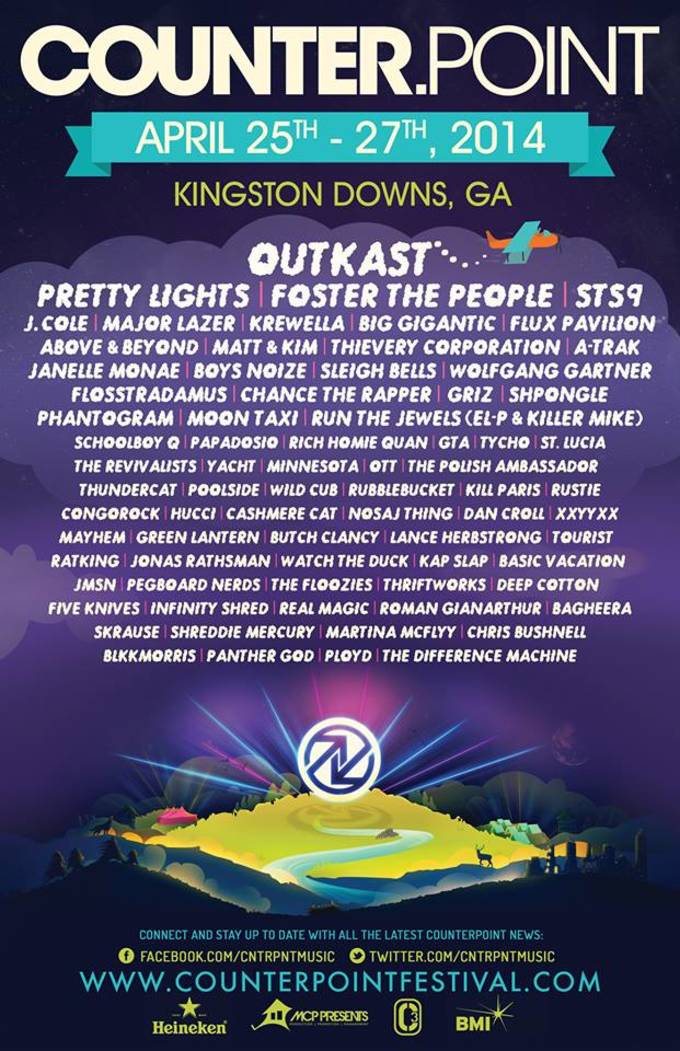