Remember that super meta Stan Smith x adidas Originals Stan Smith collaboration that was originally believed to involve the tennis legend? Well, the collaboration's still going down, but it's actually with a different Stan Smith.

The Three Stripes revealed today that the upcoming project is with Seth MacFarlane's American Dad! cartoon, whose main character is CIA agent Stan Smith. The teaser reveals an American flag backdrop with Smith sporting an entire tennis 'fit. It's not yet known what the design looks like, but the release date is already set for October 18. With about about a month left to go until launch, expect more teasers in the coming weeks. 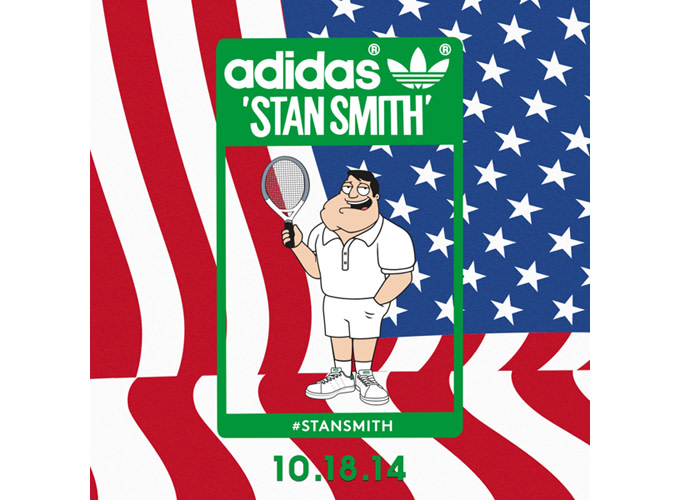