With the 2016 presidential election creeping closer and closer to reality, one of the key issues many Americans want to see discussed is the renewed focus on racial inequalities in this country. As Republicans have dominated recent headlines with profoundly goofy CNN debates and less-than-comforting thoughts on race, many have sensed a potentially dangerous trend in the wake of equality movements such as #BlackLivesMatter, who are frequent targets of botched attempts at smear tactics from the usual suspects.

Ahead of their new special America After Charleston, PBS has released the results of a recent study aimed at getting a firmer grasp on the current status of the public's views on race. Have the past few years dramatically shifted the national stance on equality? In one very significant way, that stance has most definitely entered a decline. According to the study, 58 percent of all Americans (regardless of race) would agree that race relations have worsened in 2015: 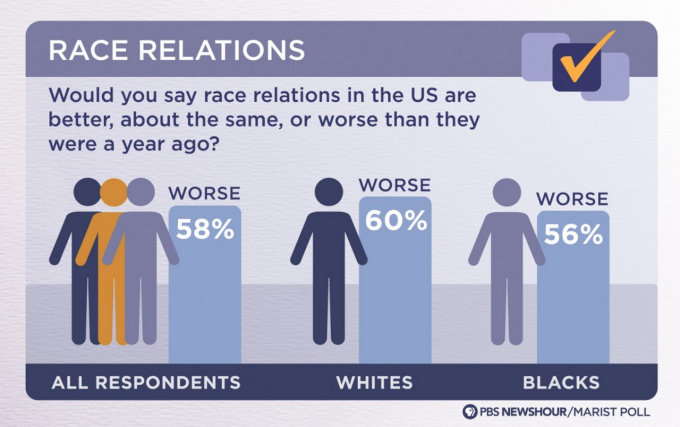 However, Americans are far more divided when equality is discussed in a more specific sense. Though most white Americans believe that they share the same level of equal justice as black citizens, only 11 percent of black people would agree with that sentiment: 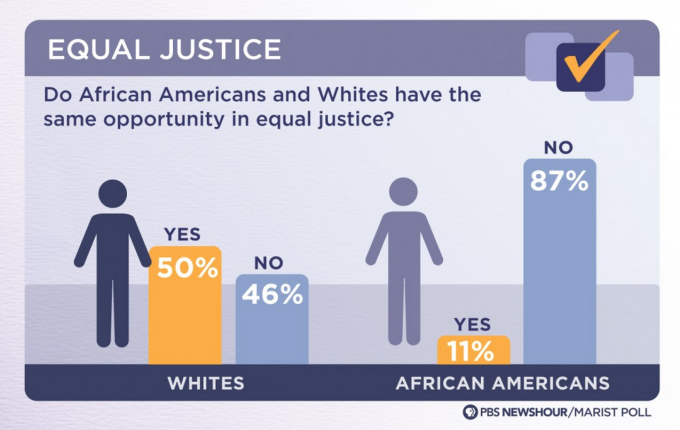 Those surveyed were also asked to give their thoughts on the aforementioned #BlackLivesMatter movement, revealing that 59 percent of white respondents consider it a "distraction," while 48 percent of all respondents (regardless of race) agree that it should be considered a movement, not a slogan: 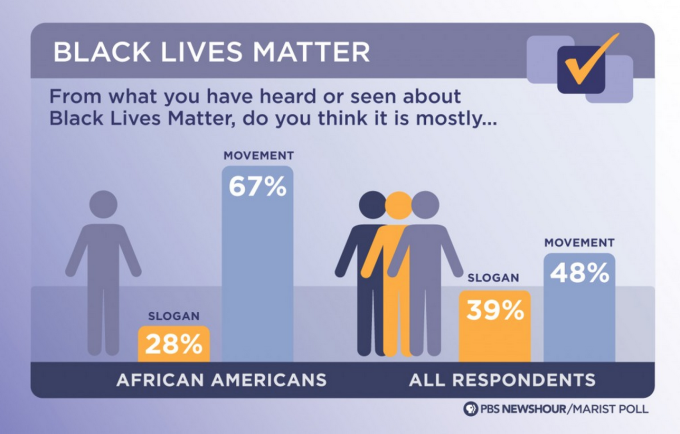 America After Charleston will premiere on September 21.