While his entire family over saturates the internet, Rob Kardashian has been M.I.A. for the past few months, presumably over weight issues he spent most of last year battling—which you’ll recall forced him to miss his sister Kim’s wedding—but now Kim and Khloe have done something about it: Stolen his phone, and shaded some girls while they were at it.

“Kiki” and “Koko” just instagrammed from Rob’s account saying they had stolen his phone and decided to post since he’s been off the ‘gram since November. Kim took a moment to shade girls, something she's good at it, from Rob's texts, saying “WOW ladies.” Maybe we'll be seeing more of the youngest Kardashian in 2015. New Year, new Rob? 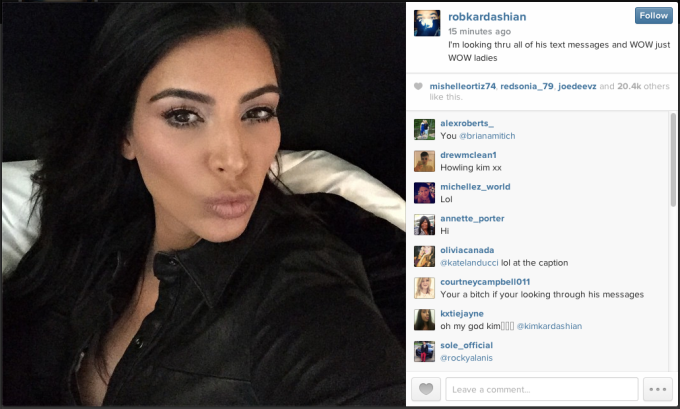 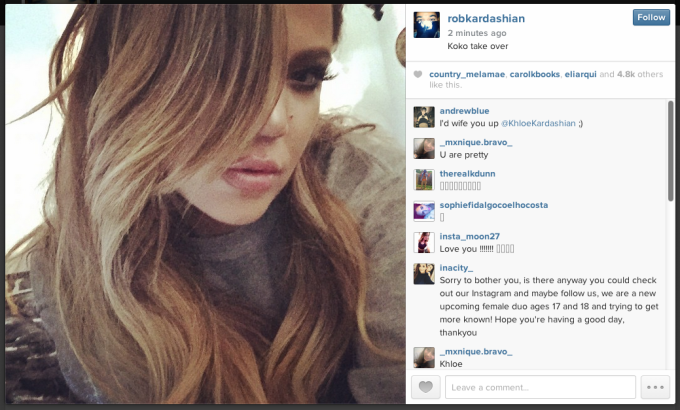 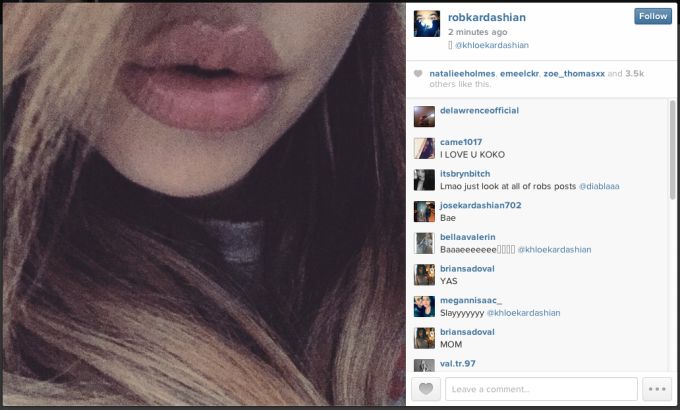 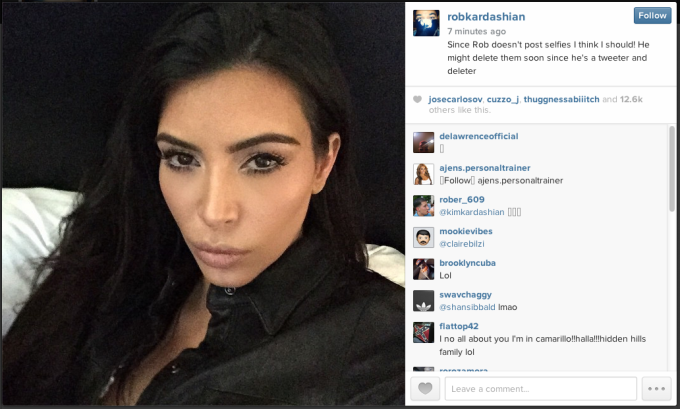 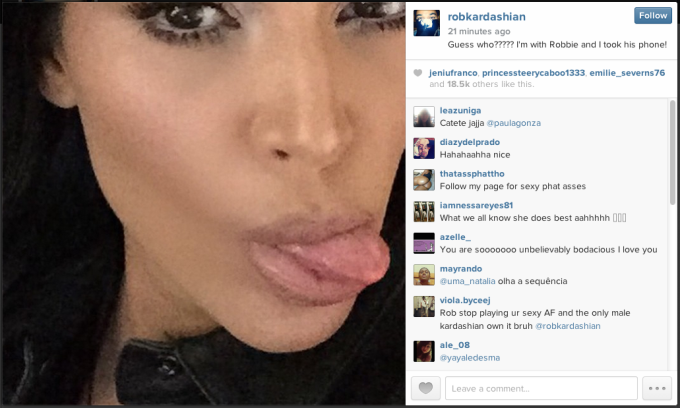