I'll be honest: I haven't been keeping up with Marvel's Agents of S.H.I.E.L.D. Like, since the pilot. Joss Whedon is my guy and everything, but that shit seemed too corny. (I know, I know: "It got better." I'll get around to catching up one of these days.) I mention S.H.I.E.L.D. to say, I've got no basis for comparison here as far as Marvel TV™ goes. I have, however, seen Captain America: The First Avenger, which bored me to tears. So you can imagine my complete disinterest in a miniseries centered on Cap's love interest, Agent Peggy Carter (Hayley Atwell), whom I found rather bland during the parts of the movie I managed to stay awake. But here I am, checking it out of professional curiosity and, surprise! It's actually kind of fun!

The '40s-era aura that felt corny as hell in The First Avenger works here, as Peg bulldozes her way through the chauvinist glass ceiling to which, apparently, even world-saving female spies aren't immune. She's even friends with a struggle actress/waitress, because, Girl Power!

There's a cool, breezy throwback quality to Agent Carter, and not just to spy fiction of past generations. Peggy's covert entrance to work and her reliance on a vibrant wig during her first mission gives welcome flashbacks to ABC's O.G. spy heroine, Sydney Bristow of the late, great Alias. The story opens three years after The First Avenger's events, with Peggy working for the SSR. She's not unlike Mad Men's Peggy Olson: She's the smartest person in the room yet she's still derided by the close-minded boys. Opportunity knocks when Peggy, yearning for purpose and for Steve "The Cap" Rogers, gets roped into a conspiracy involving Howard Stark (Dominic Cooper). 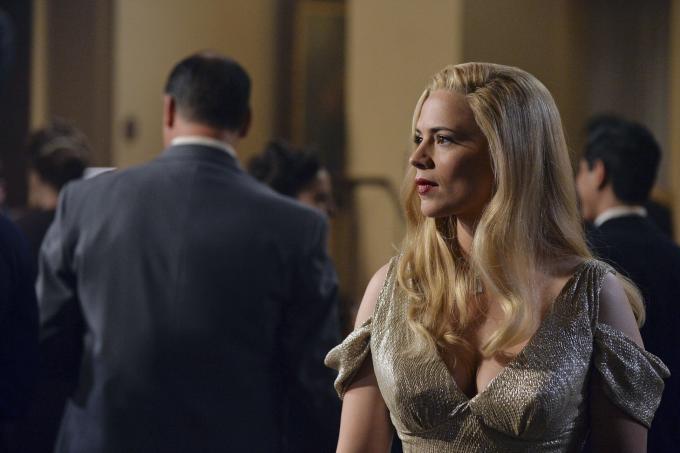 We're told the stakes are high, but in its first two episodes, Agent Carter feels very lo-fi. The second hour, for instance, spends actual time on Peg and her de facto sidekick, and Howard Stark's butler, Edwin Jarvis (James D'Arcy), tracking down a stolen milk truck. But Atwell—inexplicably much more endearing, likable, and lively here than she was on the big screen opposite Chris Evans—sells it. She's good enough to make you can ignore the show's underlying downside: While the men of her agency don't take her as seriously as they should, all of her subterfuge and dolo missions are kind of unnecessary and more harmful than helpful to the overall cause. (At least until the inevitable mole within the agency is revealed.) Milk trucks aside, the second episode is the stronger hour, thanks in part to a recurring Captain America radio show haunting Peggy that pays off awesomely.

And speaking of alpha males, Atwell's supporting cast is top notch. There's Shea Whigham (a.k.a Boardwalk Empire's Eli Thompson), who's low-key one of the best character actors out); the aforementioned D'Arcy, one of the only good things about A&E's terrible, quickly canceled Those Who Kill; the beastly Enver Gjokaj, previously seen on Joss Whedon's underrated Dollhouse; hell, even One Tree Hill alum Chad Michael Murray is pretty decent so far.

Agent Carter is far from the most anticipated series Marvel has on its 2015 slate (that would be Netflix's upcoming Daredevil), and some of its appeal stems from the knowledge that this is, for now, a short order, mid-season "event" series. I'm still not sold on whether I'd be interested in watching 13-22 episodes of Peggy bantering with Jarvis and rocking chic fedoras. It doesn't help that the first two episodes have yet to produce any colorful villains. The mute assassin who communicates with shady superiors via a mystical typewriter feels cribbed with diminishing returns from another J.J. Abrams heroine series, Fringe. Not to mention, watching ominous orders slowly typed out magically gets boring after the first two scenes.

But like the best of Marvel Studios' output so far, Agent Carter has its own distinct feel while tossing up enough allusions to the overarching universe to keep nerds happy and focused. More importantly, it signals a much-needed change. Superhero TV has been a lightweight sausage fest—it's about time a member of the fairer sex showed the boys how it's done.

Frazier Tharpe is a staff writer for Complex Pop Culture. He maintains that the greatest female TV spy of all time is Sydney Bristow and the best Marvel movie so far is Iron Man Three. He tweets here.