If it weren’t the fact that he's in the Complex office to promote his first major U.S. film, director R.J. Cutler’s If I Stay, you’d think Jamie Blackley has arrived to promote an album. Dressed in a leather jacket, Ray Bans perched atop his disheveled brown hair, dark jeans, and a green plaid shirt unbuttoned just enough to have his massive chest tattoo peak out, the 23-year-old British actor looks like the frontman of his own indie rock band. He doesn’t look like the kind of guy who’d be excited to talk about a young adult movie, let alone star in one as a love interest for Hollywood’s most promising young actress, Chloë Grace Moretz.

Yet, appearances aside, Blackley, a former Spring Awakening star who broke out with his UK film Uwantme2killhim? in 2013, turns out to be a playful guy with big screen dreams he’s not too cool to geek out over.

What’s your tattoo of?
It’s a picture of Ian Curtis from Joy Division. I remember I was younger and I was worrying about things. I was reading a book about him at the time and then his picture came up and I guess he was someone who lived too quickly, and then I was thinking, “Got to get it done now.” So I went and did it.

Have you ever regretted it?
No, not really and I have some shit tattoos, but, even though they are shit, it reminds you of that time. It’s cool.

Do you play music?
I do play the guitar, but I do it for fun. And I am terrible at writing music as well. I have tried and failed, horribly.

Everyone’s gone through that singer-songwriter phase.
Everyone has! I thought I was that at one point and then I listened back to my songs and thought, “I’m not quite sure I should pursue this.”

Are you that kid who goes to a rock shows and moshes?
I don’t go to a lot of shows. If you go to too many shows then it doesn’t become a special thing. Whenever I’ve been to a concert, it has been such a cool experience. The last time I moshed was at a Kendrick Lamar concert and that was pretty great.

Where was that?
That was in Birmingham, back home. My girlfriend surprised me and asked me to go to the train station. I showed up and my two mates were there with like these train tickets and I was like, “Oh my God!” So I went there and that was great. Then the last concert I went to was Katy Perry and that was fucking cool and that was in the '02.

So you’re not a music snob.
Look, I have a tattoo of Joy Division on my chest and I like One Direction. 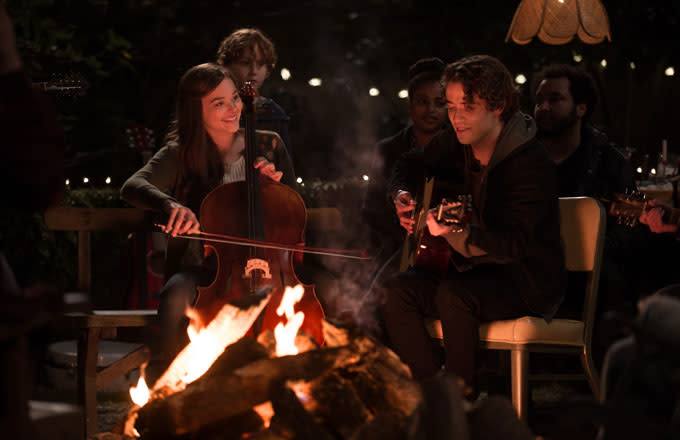 How did you get into acting? Are your parents in the business?
My parents can’t even sit down and watch film. But my moms’ friends’ kids went to this theater school, and when I was younger I asked my mom if I could give it a go and she was like, “Are you sure?” And I was like, “Yeah!” So I went there and then I went to a performing arts school in college before I dropped that.

Did it take a lot of convincing to tell your parents that you really wanted to pursue this profession?
It didn’t. Any decision that I’ve ever made they're so cool of and have been so supportive of everything.

What drew you to If I Stay?
I had never played anyone that was in a relationship before. I always play people who are kind of interested in someone romantically. I thought that was interesting, and the fact that Chloe was in it and at the peak of what shes doing. And there’s the fact that I was out of work and I was waiting for a job and this came about—that’s always good.

If I Stay is another movie in the whole young-adult phenomenon. Are you worried about getting typecast at all?
No, because I feel like I’m in control of that and it is up to me to what jobs I take. You just have to keep people guessing at the end of the day. It’s not like a young adult novel that’s set in some post-apocalyptic world where people are killing everyone. It feels more human that.

What’s the difference you’ve noticed between the entertainment industry in the UK and the U.S.?
The UK feels more business-driven, but I guess American movies kind of do both. They do it for business and then they do some really cool stuff not for that reason. It’s great going into both worlds because they’re both just as fun.

What do you do for fun when you’re not filming?
I play a lot of football, watch a lot of football, and think about football. I hang out with my friends. I don’t really do a lot. It usually just involves sitting in my room and playing FIFA while football is on the television and eating pizza—most of the time that’s it.

Did you ever play as a kid?
I used to play quite regularly, actually. I played for a team where I lived and then moved to another team for a little bit and then I just got worn down because of injury. But I play once a week with a bunch of friends. We’re all actors and we’re not allowed to touch the faces. “Let’s just keep it clean guys!” [Laughs.] Usually most of us are out of work, so it’s fine.

Where do you find these people to play with?
Basically just working—if we work together, or friends of friends. Now we just have a big pool of people that we can bring to play football.

What kind of movies do you like? Who do you look up to?
Just character-motivated stuff and stories worth telling. Who do I look up to? I look up to most people. There’s rarely ever a time where I watch a film and don’t go, “Wow, I wish I could do that.” I guess that’s what acting is; you watch people and you go, “That looks cool I might try that next time.” Basically robbery. [Laughs.] When that excitement stops happening, I probably shouldn’t act any more. 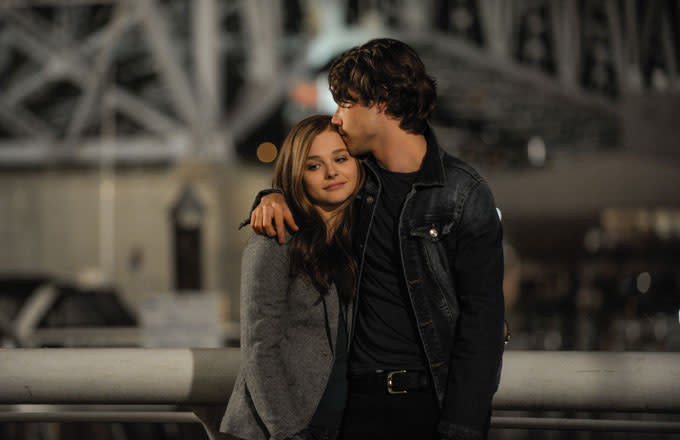 Do you ever get star-struck?
Yeah, all the time! Last time I got star-struck I met a Crystal Palace player, Damien Delaney. He was walking towards me, so I go, “Damien, can I have a picture with you, mate?” He was brilliant. He hardly spoke at all, but that’s just footballers—they can hardly string a sentence together. Oh, actually, it was two pictures in two days, two times I was star-struck! The time before that I met Matt Healy from The 1975, which was incredible. I listen to their album at least once a day. I got a picture with him and put it on Twitter like, “Look who I met!”

Anyone who says they don’t get star-struck is lying. There is no way that fucking whoever—say, Johnny Depp—is going to walk in and I am not going to be star-struck.

People might think that it’s a childish thing to be star struck.
Yeah, people just want to look cool and be like, “It’s just whatever man, they’re just a human being.” Like, look who it is! It’s Damien Delaney! And everyone else is like, “Who the hell is this guy looking for a picture?”

Is being a professional actor everything you expected?
"Professional actor," that is weird. I wish people would tell others how hard it is. Most actors most of the time are out of work. There’s something going on in England at the moment with the BBC and how they’re employing and not giving unknown actors a chance. I think that’s so sad and kind of disappointing that people aren’t getting a fair crack at it. It’s important that everyone gets a chance.

Tara Aquino is the Complex Pop Culture editor. She'll go in on a YA discussion with you here.

The Best Coming-of-Age Movies of All Time