Here's what we're learning about the freaks of American Horror Story: Freak Show's 1950s freak show: they've got a leg up on the competition. In fact, you might even say they're way a-head of the game.

And the new poster, released exclusively to The Hollywood Reporter, shows that Sarah Paulson's character has two heads. Here's a little bit of it: 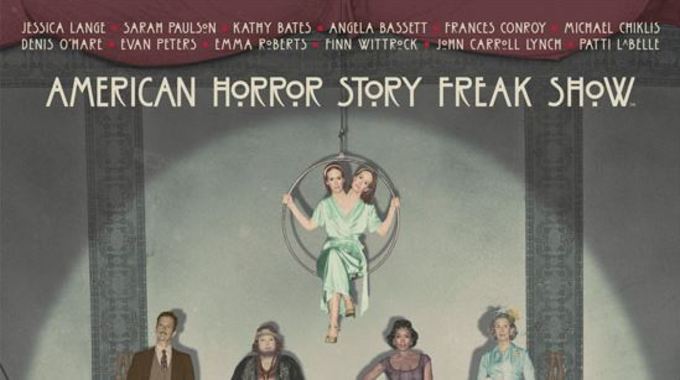 You can see the entire thing at The Hollywood Reporter.

Other tidbits that have dribbled out over the past few weeks: They've cast the "world's smallest woman," Kathy Bates is a bearded lady, and Michael Chiklis is a leotard-rocking, old-school strongman.

The series is set to premiere Oct. 8 on FX.