Kanye West took to Twitter tonight to share the full album credits for his latest release, The Life of Pablo, which are available on his official website. He also put a stream up for his project there, but full disclosure: it's still only on Tidal 😔

The album credits reveal some interesting specifics that were previously not available. For starters, Chance the Rapper helped out on five songs. He was previously only listed on "Ultralight Beam" and "Waves." This is a huge look for the Chicago rapper, and no doubt proves he's one of the hardest working independent artists in the industry right now. Chance also recently teased an alternate version of "Waves." Our fingers are crossed that we get to hear the full version soon.

Maybe the most surprising additions are his daughter and son, North and Saint, who receive creative consultant credits. Guess you can never be too young to kill it in the rap game. Check out the full credits for each song below and peep our breakdown of who was involved in the making of The Life of Pablo here. 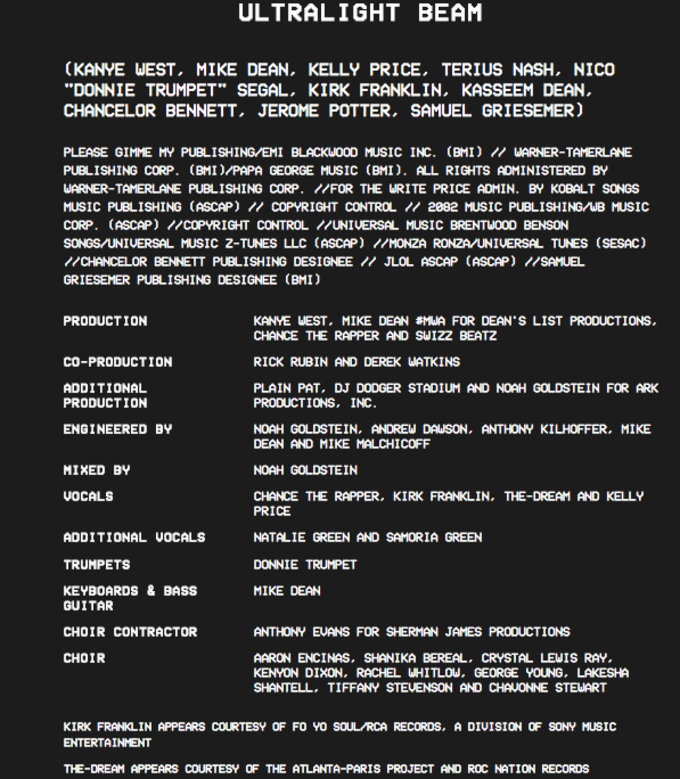 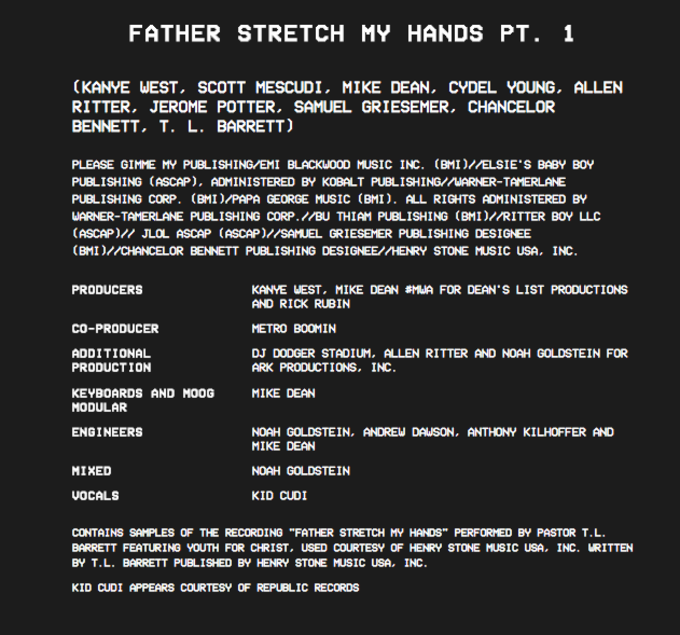 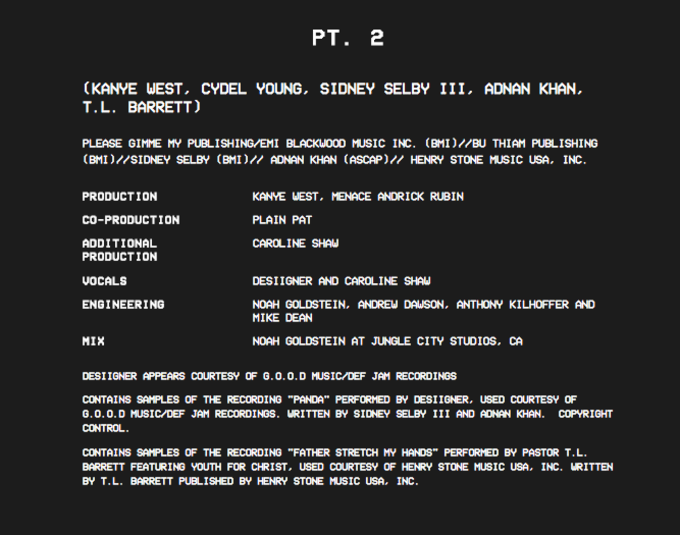 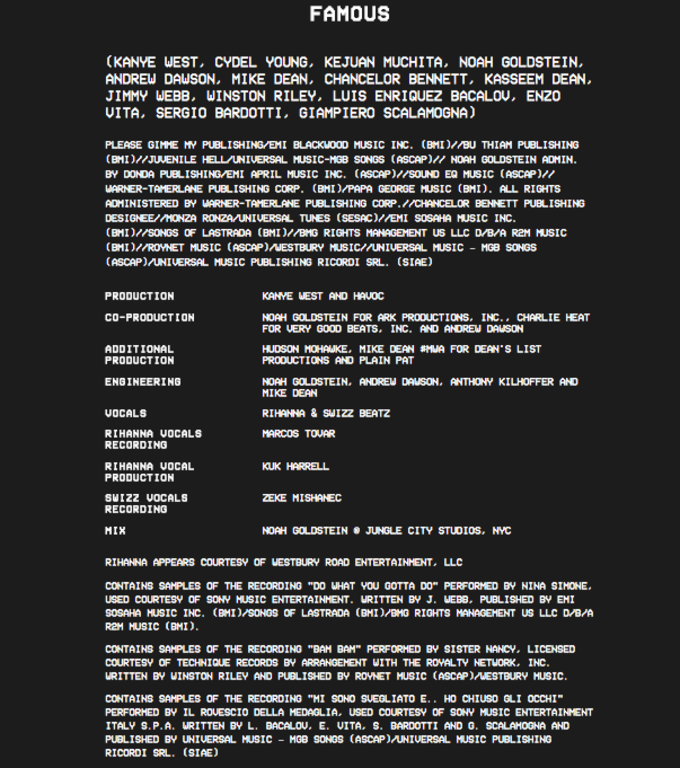 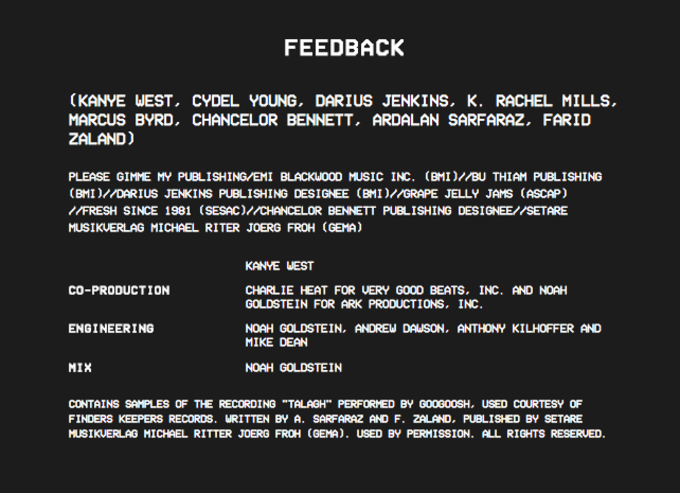 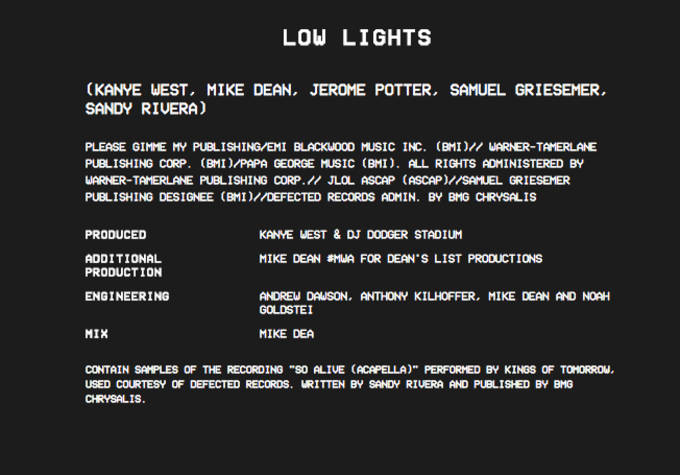 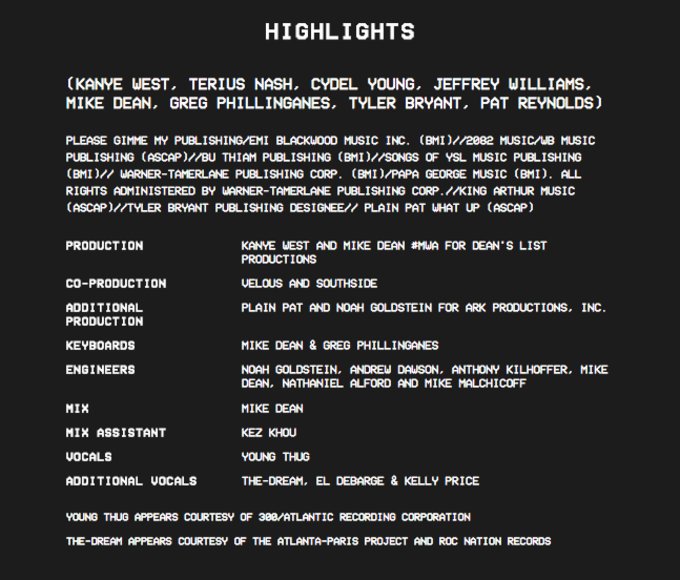 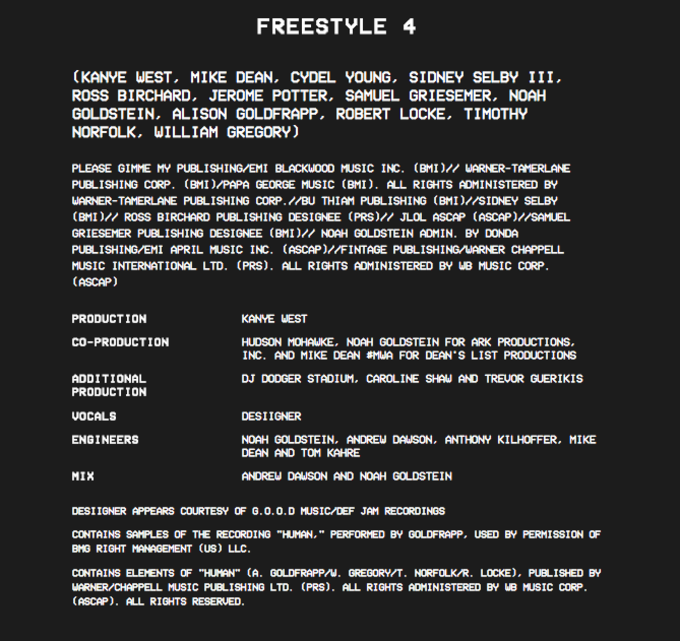 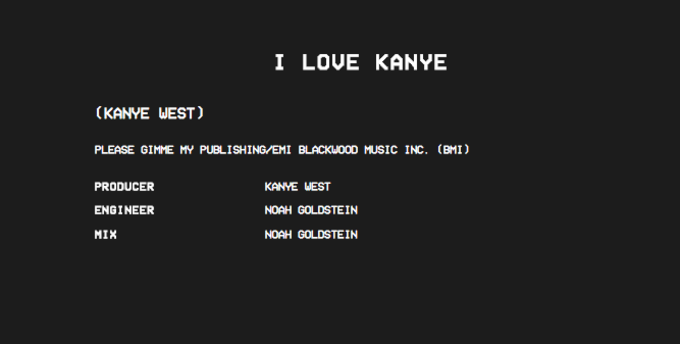 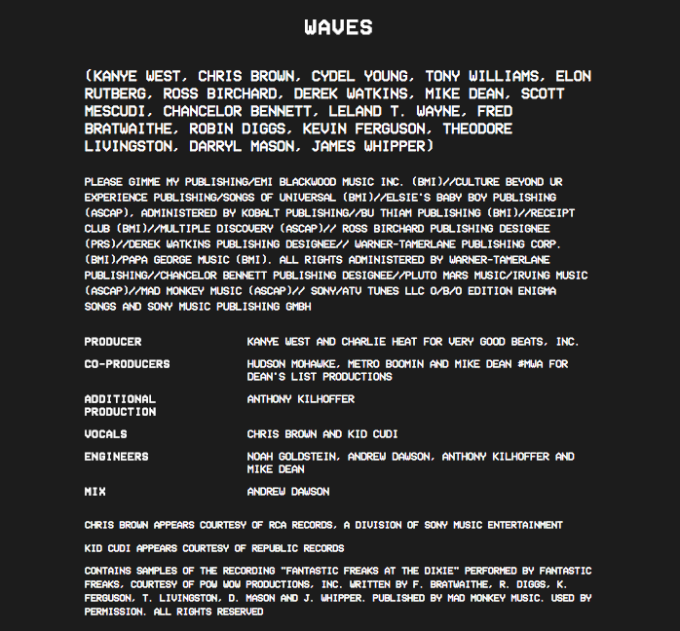 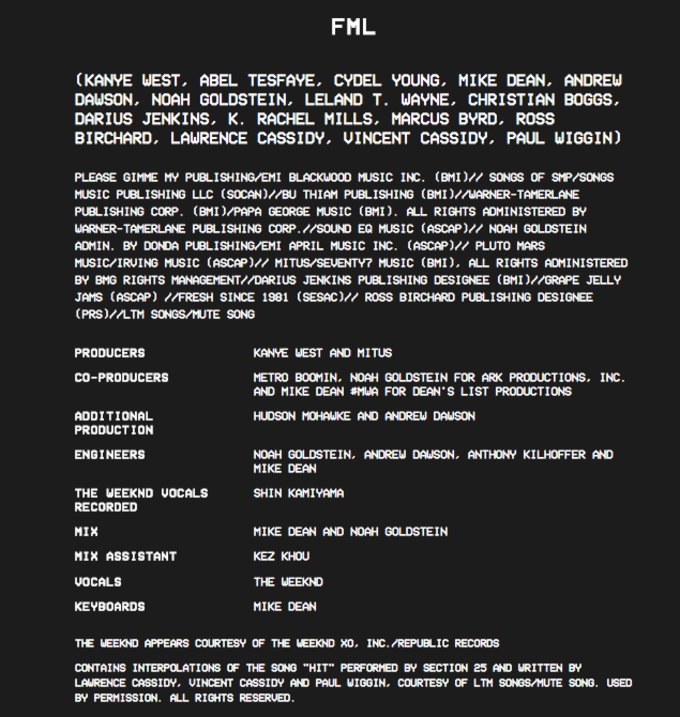 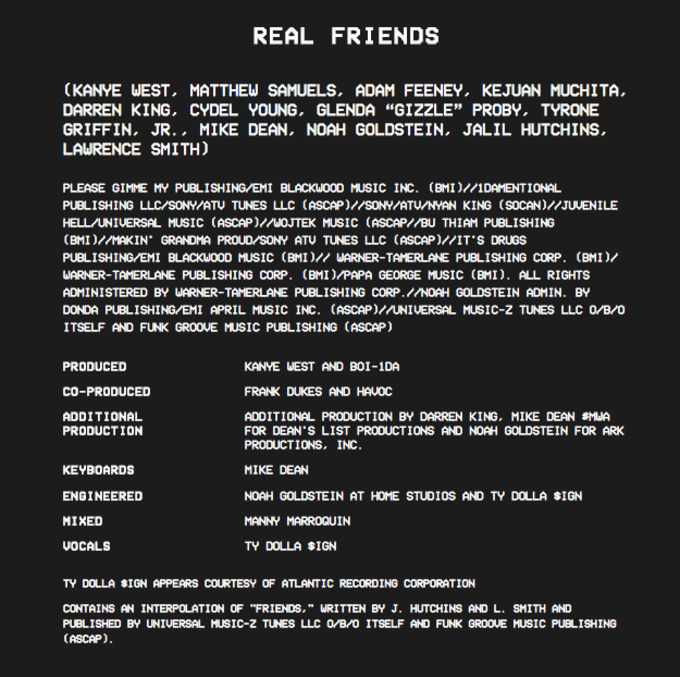 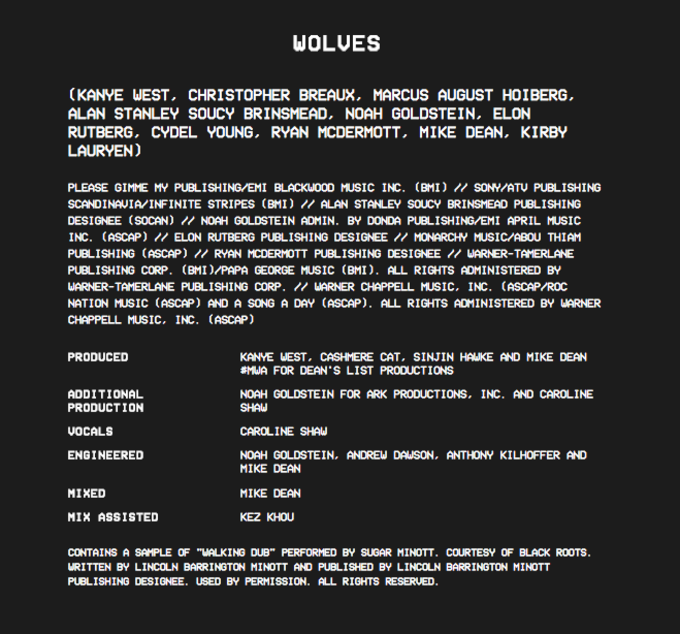 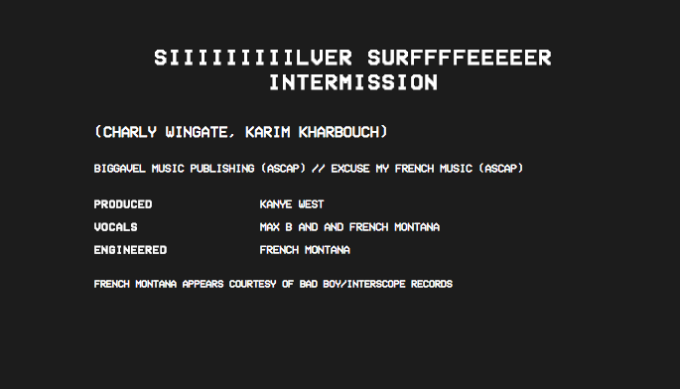 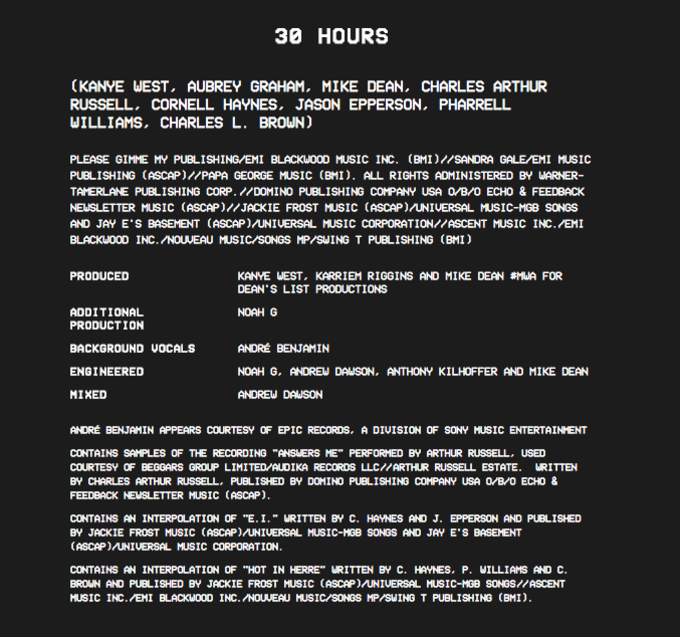 "No More Parties in LA" 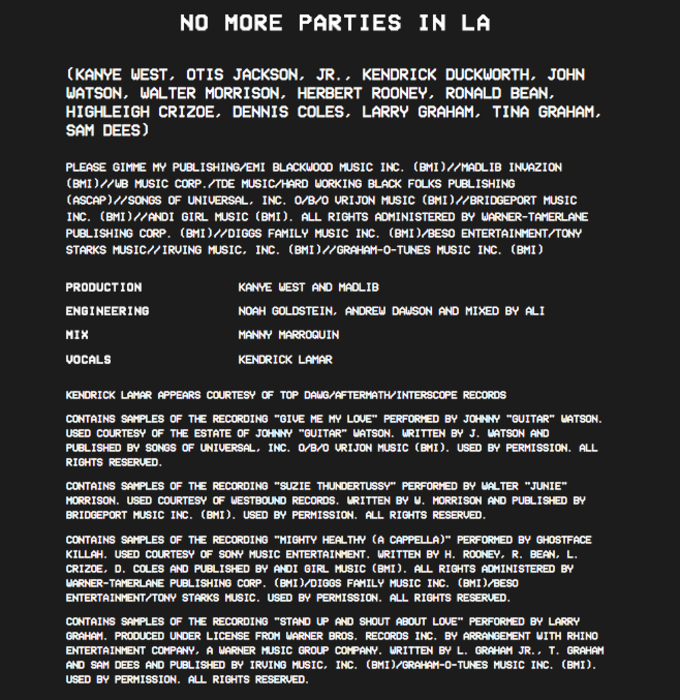 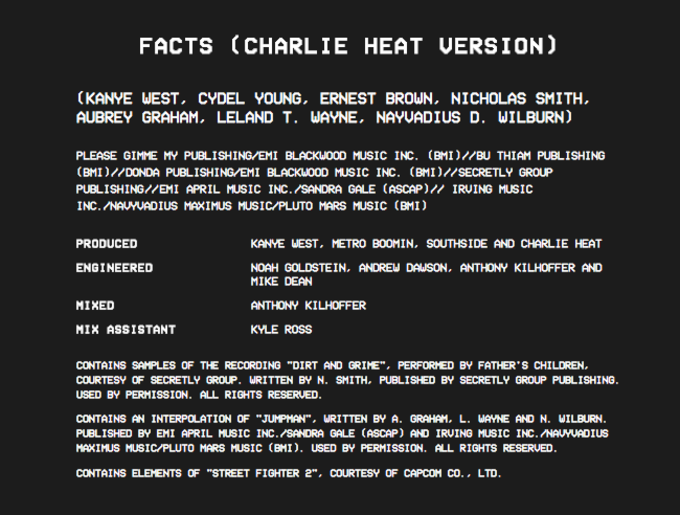 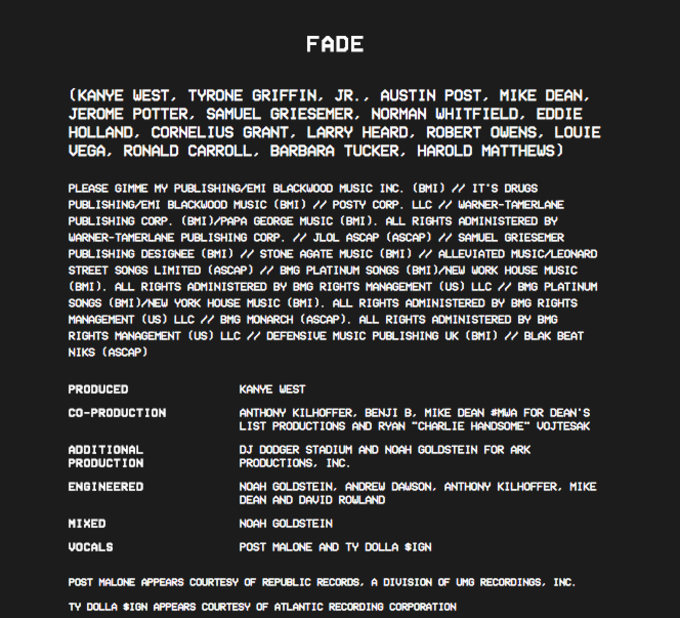 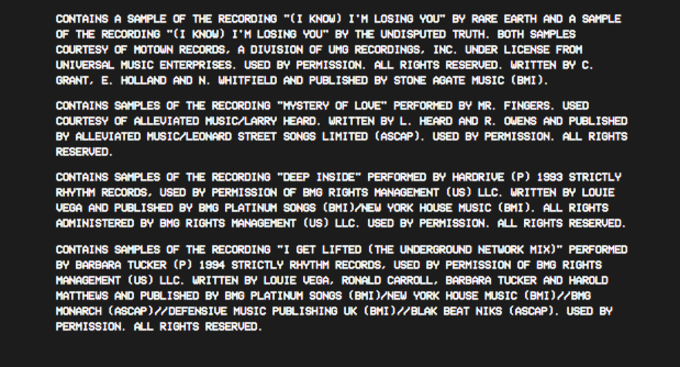 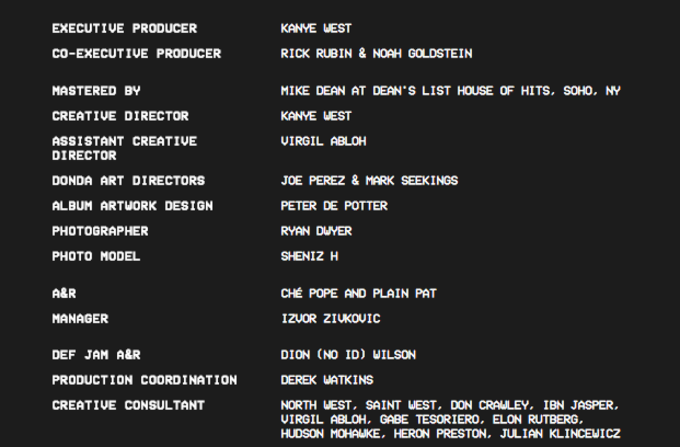 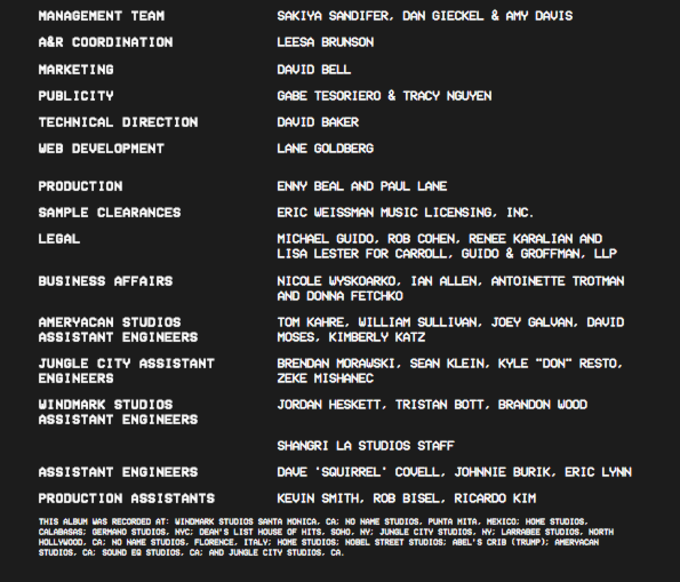