Now, we get a second cover from Kim Kardashian's ​short-lived blonde phase. Her platinum hair first starred on the cover of Elle France, and the reality star has unveiled two new covers featuring the blonde look for Vogue Brasil's June 2015 issue today.

Kardashian imitates iconic shots of Marilyn Monroe on the magazine's two covers. In the issue, she claps back at all the haters who believe she's talentless and doesn't deserve to be famous. "I challenge anyone to try to do everything I do and then tell me whether or not I have talent," she says, according to the Daily Mail.

Kardashian has now covered Vogue in three different countries. She first fronted American Vogue with Kanye West, and had her first solo cover with the prestigious magazine on Australian Vogue.

Check out the second cover and a comparison to Monroe's original shots below. You can also watch a video, soundtracked by West's "All Day," Kardashian posted to announce the placement. 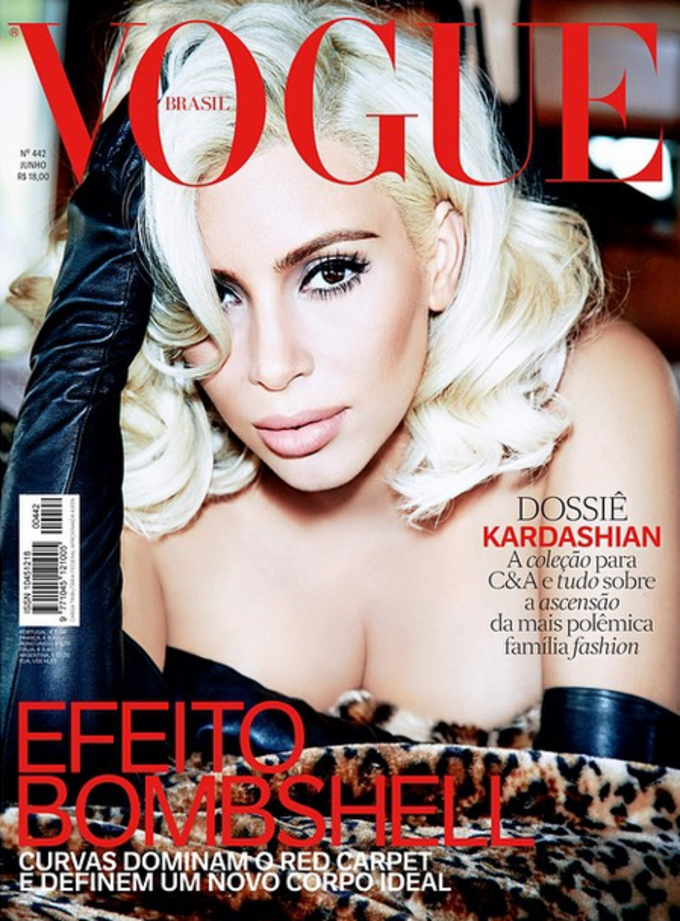 UPDATE 5/27/15: Additional photos from Kardashian's shoot with Vogue Brasil have hit the Internet. Check out more photos from her moment as a blonde bombshell below.