One brand of eggs finally woke up and smelled the bacon, the Kevin Bacon that is. Kevin Bacon's legacy is made up of two things: His starring role in Footloose and his last name—which he doesn't like people making puns with—so it was about time someone banked on the latter. Watch the commercial for the Incredible Edible Egg because as the actor says himself, “Nobody knows eggs better than Bacon.”

Here's the print ad with Bacon sporting a punny shirt: 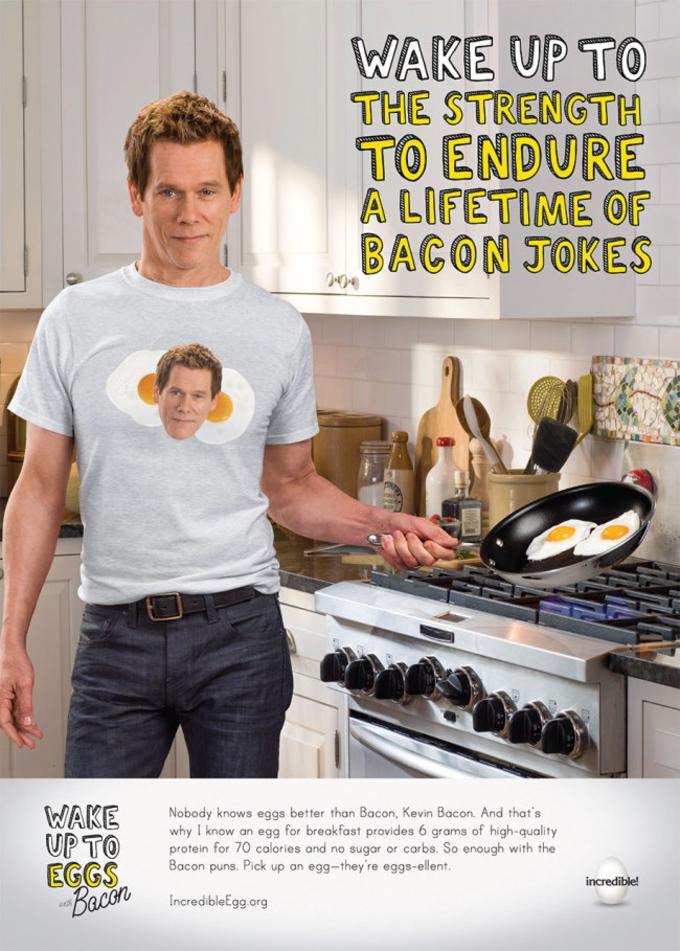 Sign up for the Complex Newsletter for breaking news, events, and unique stories.
VideosKevin Baconcommercial