Hip-hop-themed Christmas sweaters are back.

In 2015, we saw many of these seasonal designs inspired and/or created by top artists such as 2 Chainz, Fetty Wap, Gucci Mane, and Kanye West. And now that the 2016 holiday season officially upon us, Nas has delivered his own iterations.

The sweaters will be distributed by the Queens rapper’s HSTRY apparel brand and will feature a kneeling Santa Claus on the front, along with familiar holiday patterns, a raised fist, and subtle branding. Just one look at the pieces’ political references, and it becomes clear they’re more than some novelty items.

According to HSTRY’s website, a portion of the proceeds from the Kneeling Santa sweaters will go towards the The Center for Court Innovation. The NYC initiative was launched in 1993 with a commitment to criminal justice reform. Its staff has since conducted research and implemented programs in an effort to reduce incarceration and overall crime.

You can check out the Kneeling Santa sweaters above and below. The pieces, which are available in three colorways—red, black, and green—can be purchased today at HSTRY’s online store for $45. Additional information about The Center for Court Innovation can be found here. 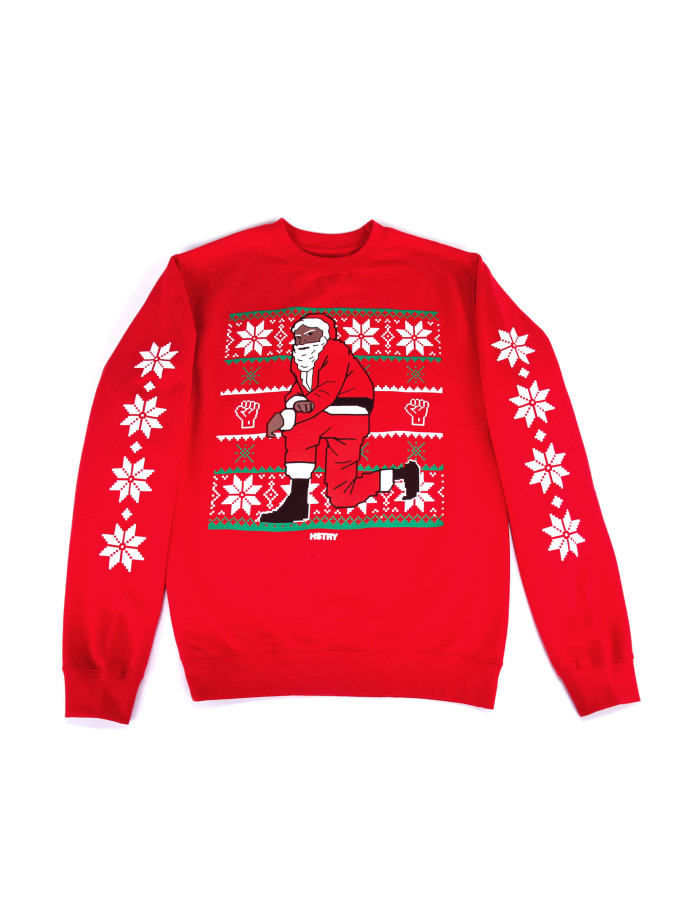 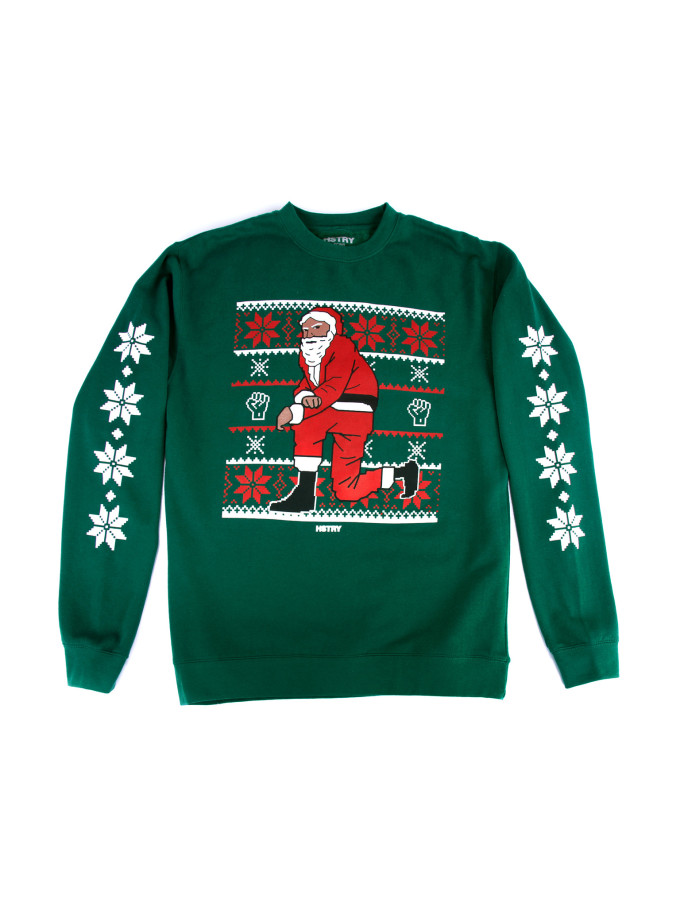 These Ugly NFL Christmas Sweaters Are Actually Not That Hideous

Of Course, Fetty Wap Has His Own Version of the "Ugly" Holiday Sweater