In honor of New York Fashion Week, Marc Jacobs is bringing together music and fashion through a new video released in collaboration with Billboard magazine.

"I met Hype years ago and have always wanted to work with him," Jacobs told WWD. "Once Missy agreed to be in the campaign, I wanted a great video element that wasn’t some afterthought. We reached out to Hype and decided if we were going to do it then let’s go all out."

Jacobs also stars alongside St. Vincent on the cover of the latest Billboard Style Issue, which is the first time a designer has starred on the magazine's cover. Sofia Richie and Rae Sremmurd also landed an alternate cover of the magazine. 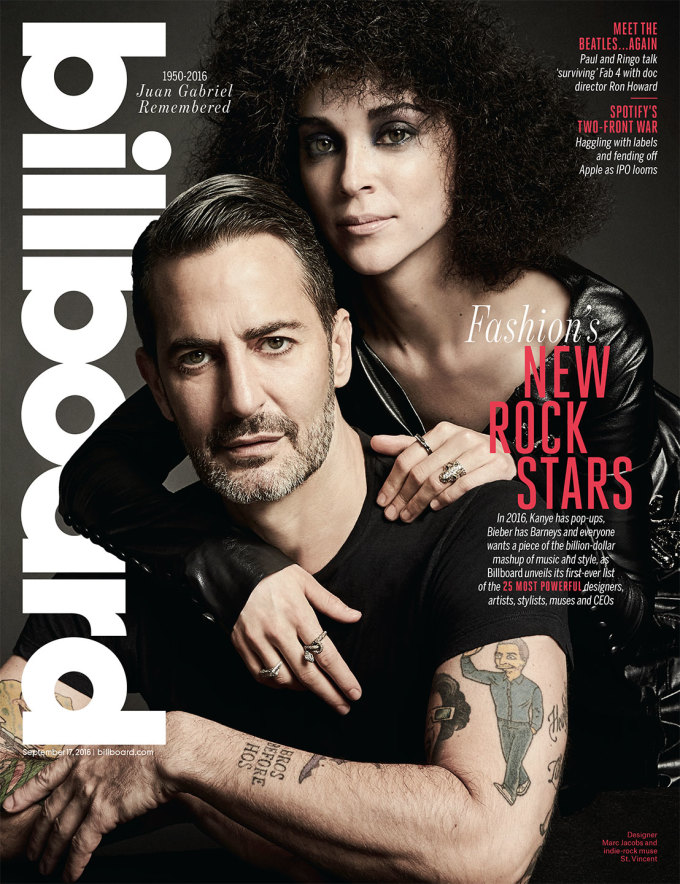 In addition to the video, Jacobs has been named Apple Music’s featured designer for the fashion curator program for September. Jacobs along with and some of the stars from his Fall/Winter 2016 like Missy Elliot and Sissy Spacek will have playlists that will be featured on Apple Music. Kendall Jenner and photographer David Sims are also set to drop a list later this month.