A new painting by Banksy has appeared on the wall of a refugee camp in Calais, France.

The piece was created to signify the importance of the contributions made by refugees.The painting features Apple founder Steve Jobs with a black bag thrown over his shoulder and holding a computer. The image is a direct critique of the view that refugees are a drain on the countries resources, noting that Jobs father was a migrant from Syria.

“Apple is the world’s most profitable company, it pays over $7 billion a year in taxes – and it only exists because they allowed in a young man from Homs,” he said in a rare statement, according to The Independent.

Calais is currently home to 7,000 Syrian, Libyan and Eritrean refugees. Banksy used the materials from his Dismaland installation to provide shelter for those in Calais after it was dismantled in October. 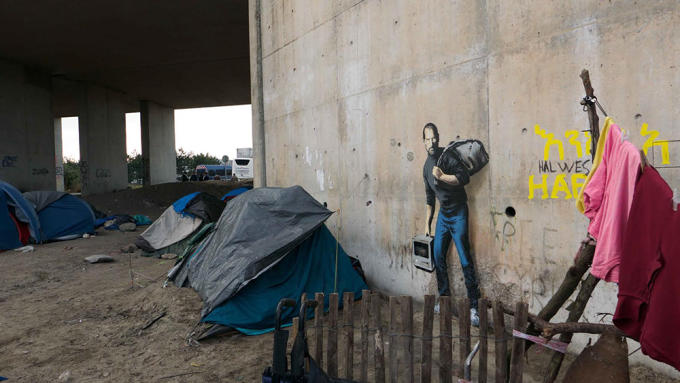