For many years, the prevailing sentiment in pop culture was that men dress solely to satisfy women, or at least to not upset them. If our cultural relics from the Mad Men era are to be believed, every man used to wear the same tailored suit and black tie, and scaled down from there to the acceptable level of casual. Whether it was the dithering sitcom dad who needed to have "the old ball and chain's" input so that he didn't look like an idiot at the work event or the Barney Stinson style lothario who kept a closet full of suits to keep his seduction game on point, media has traditionally had a consistent point of view: Men dress to impress women.

Of course, this is an outmoded way of thinking. Men's style sites like this one have far too many readers who care far too much about fashion with far too many different perspectives to say that men's style is merely an issue of attraction. Nobody likes to look like a scrub at the bar, but debating which type of leather shoe will best compliment your bow tie or ranking streetwear brands goes far beyond the necessary effort to appeal to women over drinks. If sex appeal was all that mattered, we would match our closets to Pinterest pages and call it a day.

We can all agree that fashion is a way more than sex signals. Style is how we forge our identity, a mark of our tribe, a calling card for like-minded individuals, it can even be artistic expression.

But, then again, in a world where men's fashion advertisements still look like this: 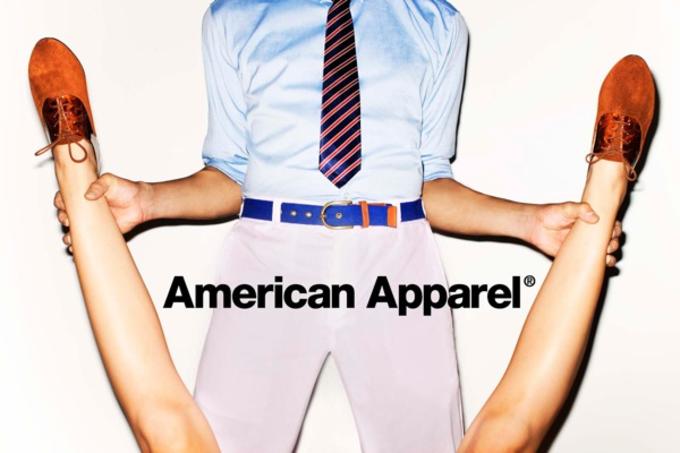 it's hard to say that women's perspectives on men's fashion don't matter. Madison Avenue clearly believes that we dress for the opposite sex. Are they wrong?

We live in a time of mixed messages. Men are thinking about style in a more interesting and complicated way online. Even the more basic men among us are checking in on style sites and following menswear bloggers on Twitter. Yet, advertisers and dudes in the club alike will tell you that many men choose their clothes based on what is most likely to get them into her bedroom. The finer the men's designer, the more women hang off of the male models on billboards. And, be honest, who wouldn't call a woman complimenting your outfit a win? Maybe that's why there are services like Trunk Club that trade in the currency of attractive, knowledgeable women telling fuddy-duddy dudes what they should be wearing.

When I attempted to parse out my own feelings, I came away with mixed signals. I'd like to think I "dress for me," but if a woman has criticized my outfit, that has often meant that those clothes end up in the dumpster. If more than one woman compliments a t-shirt I own, then their will probably be a few more nearly identical shirts next to it in the drawer after my next shopping trip. Would those pastel v-necks or floral print button-ups have made their way into my closet if I wasn't told they were "in this season?" I find myself a man divided.

This got me thinking: Where does everybody else stand?

I reached out to a couple dozen of my male friends, ages 21-35, some single, some married, some somewhere in between, and asked them how much influence the women in their lives have on the way they dress. The answers that came back—as expected—were all over the place.

"I Don't Care About Style, Let Alone What Women Think About My Style."

Regular readers of style blogs may not believe it, but there are still men out there who prefer the path of the 80s sitcom dad. There are still a contingent of men who would live a life of comfort in sweatpants were it not for the pressures of the world around them. We're not just talking middle-aged dads sitting in easy chairs. There are millenials out there who have this point of view.

"I've been in a relationship for 3.5 years and she's seen me wear maroon mesh shorts over the top of dark green long johns and a Hawaiian shirt as the top and didn't blink an eye." - Charles, 25

"If I had it my way I'd wear comic book tees, flip flops, and jorts all day every day but I'm married to a woman who won't allow such man child type antics all of the time." - Henry, 30

"I've been with my girlfriend for 8 years. She WANTS to have more of an influence but I'm beyond apathetic about shopping for clothes and/or thinking about clothes." - Mark, 32

"Considering my fashion sense mostly consists of jeans and shirts I either got for free or that are just plain, solid colors, I don't think women have had much influence on what I wear." - Josh, 28

"I don't put that much thought into how women in general view the way I dress. I guess I've probably asked my girlfriend her recommendation between tie X and Y or something, but general style is not a thing I think about on a regular basis." - Logan, 23​

For every man who chimed in who believes style is an afterthought, there was another who treats style as a priority. Interestingly, many of them were equally quick to insist that women don't have an impact on what they wear. These men want credit for their look. They want their style to be seen as a reflection of themselves, regardless of who's looking. Their style isn't about sex, but about identity, and if what they're putting out there appeals to women, all the better.

"I have my own fashion sense and I like what I like but their opinion is like a tie breaker. I want to look good for them because I want them to sleep with me. But I think if they wanted me to dress different then how I like, I'd tell them to fuck off."  - Sean, 26

"I'd say other men impact my fashion way more. I work in an environment that privileges dressing hip and staying on top of current trends, and so I take what I can from the men I'm around who dress well (and celebrities too) ... I think that stylish women have lots of great opinions on what might suit your frame and aesthetic. I think just as many stylish men have lots of great opinions too." - Ross, 28

"I treat men and women equally in terms of input ... if I regard their style opinion highly, I take it into consideration. Conversely, if a potential hook-up or date doesn't "get" my style, perhaps it's not a date I need to be on then ... I rarely conform or sacrifice my own style instincts to better fit in or please in as many aspects of life that I'm allowed to." - Frazier, 25

"I have put forth an effort to develop a personal style over the years. I know what I like, and I know what works for me (after a shitload of poor choices and I'm sure a shitload more in the future - ALWAYS REFINING DUDE)." - Brady, 28

"When I go out to place where single women are present subconsciously I dress nicer, but I don't think my choice to look nice is informed by the fact 'single women are going to be near me, I must look desirable.' I just like looking nice for me." - Nathan, 22

After reviewing these answers, one thing is clear: women don't influence these men's fashion. One camp insists they dress comfortably, the other insists they dress for style, but they seem to be in agreement that women play a minimal role in their fashion decisions.

Not so fast. Many respondents, including some of those quoted above, admitted that women have an impact on what they wear. None of the men came out and said that every time they look at their closet, they are picking out outfits for seduction. But, many of them were quick to admit that the female point of view plays a role in their fashion choices.

"I will say if I wear something that girls say I look good in I tend to wear that out more frequently." - Brad, 31

"I think the girlfriend dressing you thing is to keep you out of trouble more than to make you actually fashionable." - Brady, 28

"My experience is not with women who want to dress me or clean me up or police my look. I will say that I pay very close attention to unsolicited comments about what they like, on me or other men ... it did just occur to me that my male relatives never bought me clothes as gifts, that it was always my mom and grandmothers and aunts. In that way, they've influenced the way i dress all my life." - Bill, 30

"My mom buys me a collared shirt every Christmas." - Dave, 25

"Of course, females have always made me want to look good and stylish to increase my chances of having sex with them, but I feel that most of my style has been copped from other guys who I thought looked cool and repurposed to fit my own sensibilities." - Chris, 30

"[I read blogs like stylegirlfriend.com] and a lot of it is corroborated by my female friends when we talk about what I'm wearing or what men around us are wearing and we're talking shit. Like sandals. I haven't found a single woman in real life or blog who approves. So I'd never wear them even if I had the inclination to give up on life and do it." - Kevin, 28

"The women's perspective will always be a valuable tool in my arsenal of fashion, but the role they play is more like a lifeline on Who Wants to be a Millionaire, not one of the answers to question; How sexy do I want to look today?" - Nathan, 22

It looks like there are no clear answers. Not only is almost every man influenced by women, but they are influenced in very different ways. Some described input from wives and girlfriends. Others discussed what gets them attention at the bar. Others went back to their childhood and their earliest memories of women influencing their fashion. For each man, female influence was piece of a larger puzzle. Whether a man views himself as outside of fashion or obliged to keep up with the trends, they each synthesized various factors into their personal style (or lack thereof) . Style is not a monolithic thing, the iconic man in a black suit, but a combination of influences. Every man dresses differently and for different reasons. And with each man's fashion experiences come different priorities and perceptions about the female gaze on their wardrobe.

Though it does seem that most guys agree it couldn't hurt to have a female double check your outfit before you leave the house.