Apparently, even when you're on top of the modeling world, the industry can still be a pain in the ass. In a profile with the Wall Street Journal, Cara Delevingne reveals how she really feels about the modeling industry and part of why she decided to ditch her extremely successful career for one as an actress.

"I ended up feeling a bit empty," Delevingne tells the WSJ. "Fashion is about what's on the outside, and that's it. There's no searching, it's just creating pretty things."

Delevingne also reveals that even an in-demand supermodel such as herself had to deal with intense scrutiny towards her body. "It's horrible living in a world where I'll get a call from someone saying, 'So-and-so says you were partying a lot and you were looking this way and you need to lose weight,'" she says. "It makes me so angry."

This feels a lot like when Forever 21 fired fellow supermodel Chrissy Tiegen for being "too fat." Both the retailer and whoever is criticizing Delevingne are making huge mistakes and highlighting what's wrong with the modeling industry.

You can read the whole profile on Delevingne over on the Wall Street Journal.

Oh, and Delevingne, please never stop being your bacon-tattooed self. 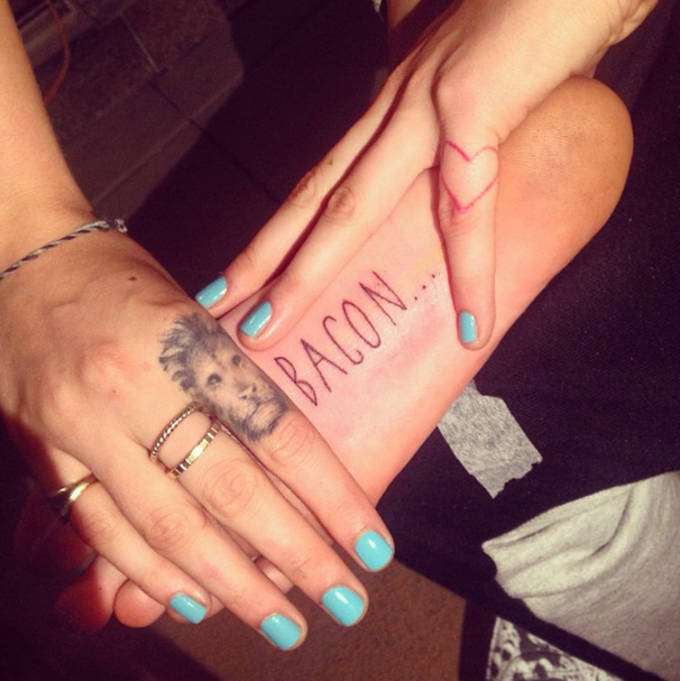 Cara Delevingne Is Shifting Her Focus From Modeling to Acting