Kim Kardashian's new photo book, Selfish, won't be available to the masses until May 5, but it is already the #1 Best Seller in Amazon's Portrait Photography category, thanks to the preview and pre-order that recently opened on the site. Kim shared a photo of the cover back in January, but she recently revealed on Instagram that there is a limited edition version of Selfish with an alternate cover that drops today.

The Gilt exclusive features a photo of Mrs. West in a red bikini on the cover, and it comes numbered and signed by Kim herself. There are only 500 copies available, and this version will set you back $60 instead of the list price of $19.99 for the standard version. Those of you who are looking to grab a copy should probably open a tab to Gilt.com/selfish now and start refreshing several minutes before the countdown hits noon ET today.

UPDATE: Less than ten minutes after the release, all 500 copies of the limited edition book have sold out. Kim fans on Twitter expressed their frustration after failing to add the book to their cart and check out, but we're willing to bet that copies will be posted to eBay soon with pictures of confirmation pages. 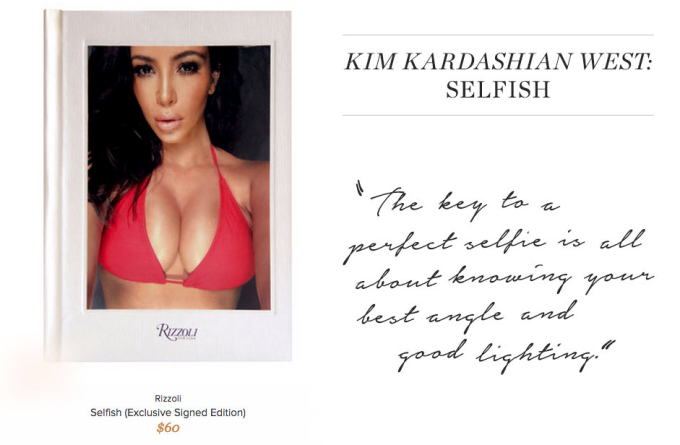 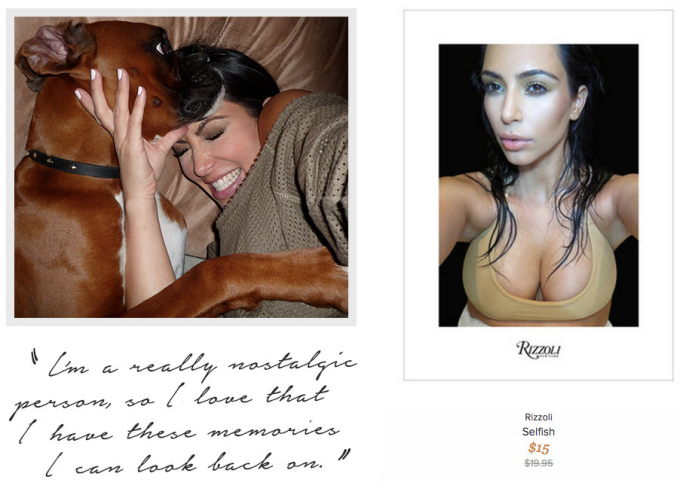