Following the last release of Pharrell Williams' collaborative efforts with adidas Originals, you would be forgiven for thinking that maybe he would have moved on from the Stan Smiths and Superstar track jacket they worked on, but you'd be wrong. Pharrell is still exploring his love affair with the silhouettes, and this time, he's brought polka dots to the design table.

Featuring two different polka dots (big and small), the collection once again works across adidas Originals fine grain leather Stan Smiths wearing both polka dot designs, with accompanying Superstar track jackets, in leather for the big dot designs, and sating for the small dots. The large dot design is presented in white, on a red, blue, or black background, while the smaller dot design is presented in yellow with red micro-dots, blue with red micro-dots, and a fresh white, also featuring the smaller sized red dots.

The campaign imagery accompanying this release follows the same principle of the previous release's campaign, chanelling the same optimistic and playful spirit of the product and Williams' character. Once again, the campaign is shot by Ryan McGinley, art directed by Lloyd & Co., and styled by editor Jay Massacret, and are all intended to express love.

Check out some more of the campaign imagery below, and hold tight for the small polka dot pack to drop on November 28, and the large polka dot pack on December 1. 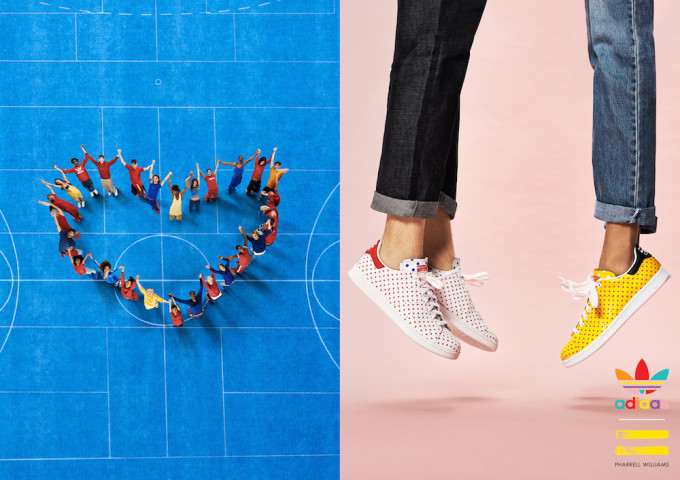 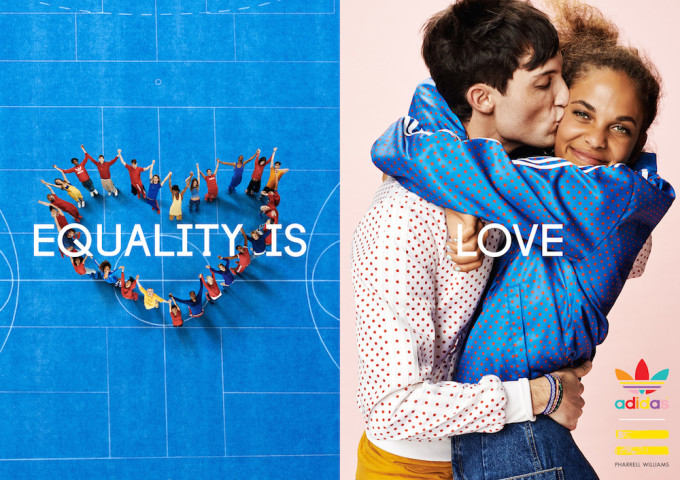 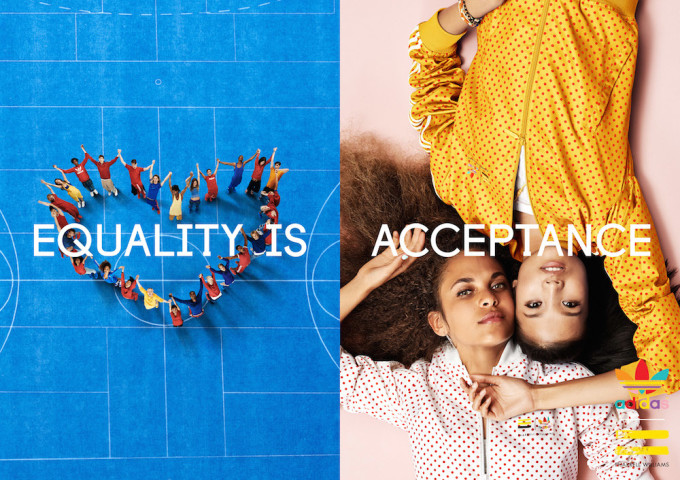