The Internet in general is a weird place—everyone knows that—but 4Chan is an entirely different beast.

In what is maybe the greatest art project of all time, an eBay user named xhacker02 auctioned off a framed photo of a 4Chan post by an anonymous user. The 4Chan post has a time stamp of "55 seconds ago" and reads, "Art used to be something to cherish| Now literally anything can be art| This post is art." The eBay listing had a starting price of $500, and 45 bids later Artwork by Anonymous sold for $90,900 to an unknown bidder with a positive feedback score of 324. 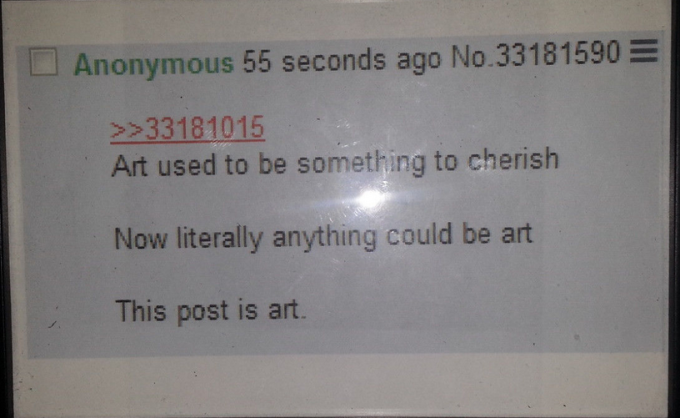 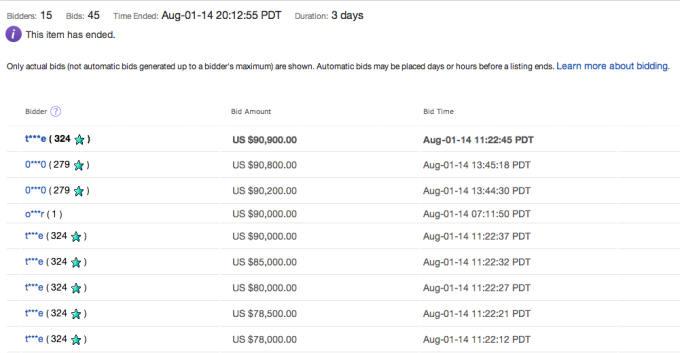 Obviously, just because the winner of auction has positive feedback, it doesn't mean that s/he will actually cough up that kind of cash, but we hope that the lucky bidder does and shares the PayPal transaction screenshots for the world to see.

Several copycat eBay listings have surfaced following the success of the original, including a "Critique of Artwork by Anonymous As Art," which is just a sticky note on a computer screen that points to the OG listing with the words "more shitty art." We'll see if lightning strikes twice. 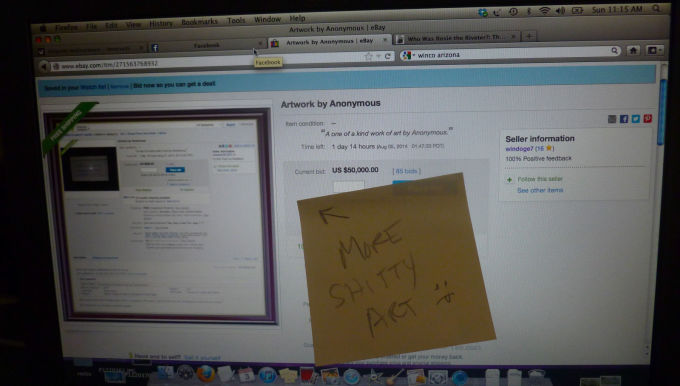