Conor McGregor's bold style choices never fail to turn heads but his outfit at last night's press conference for UFC 205 was more carefully put together than you might think.

As is standard procedure for McGregor, he turned up to last night's event 30 minutes late and was sporting an all-white Gucci mink coat and a red roll neck jumper.

MMA journalist Chamatkar Sandhu later revealed that the Irishman's outfit was a tribute to the clothes worn by "Smokin" Joe Frazier in the run up to his 1974 'Fight of the Century' with Muhammad Ali at Madison Square Garden.

McGregor has paid tribute to New York with his outfits all week. 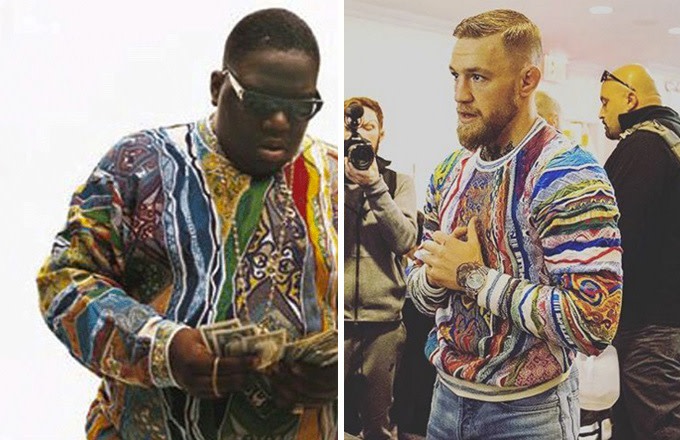 UFC 205 – headlined by Conor McGregor and Eddie Alvarez for the lightweight championship – is the first ever UFC event to take place in New York, and is expected to be the biggest show in the organisation's history.

As a nod to the significance of the event, McGregor has paid tribute to New York with his outfits all week. Upon landing, 'The Notorious' fighter was wearing COOGI's Biggie Smalls jumper in tribute to his late hip-hop namesake.

There's a reason for everything McGregor does.