LeBron James will go down as one of the greatest players to ever step foot on a basketball court when all is said and done. If only he had ditched his headband earlier in his career, he might finish his career as the best player NBA player to ever live. 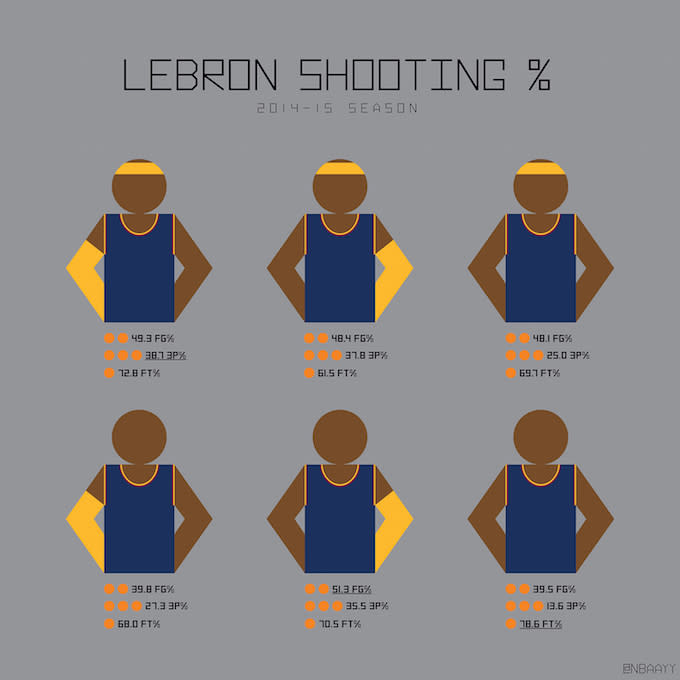 A super cool graphic put together by a dude with the handle @nbaayy on Twitter shows how LBJ shot from the field, from beyond the arc and from the charity stripe during the 2014-2015 NBA season in correlation to what on-court accessories he was wearing. Turns out, when LeBron loses the headband, which he did for the majority of last season, while rocking an left arm sleeve, he shoots a blazing 51.3 percent from the field while hitting his free throws at a 70.5 percent rate.

When is LeBron at his worst, you ask? When he goes without a headband or arm sleeve, Bron shoots just 39.5 percent from the field, and an atrocious 13.6 percent from downtown. Weirdly enough, he hits his free throws at almost 80 percent.