LeBron James and Jay Z are best buds. They hang out together, probably do brunch whenever they're in the same city, go on double-dates and shit like that. Their significant others are more than likely cordial, as well. As much as Beyoncé is shady, she's a genuinely polite person. She might also have a crush on LeBron. We've all seen the vines, YouTube videos, and pictures of Bey looking at James like he's gravy and she's a biscuit ready to risk it all. So, randomly, since no one else had done it yet, we decided to reach out to a body language expert to confirm everybody's suspicions. Lillian Glass analyzed some vines and pictures for us. Check the interview below.

In the first one Jay Z looks like his palms are sweaty, and then he looks at her after she and LeBron stop talking.

Yeah.
He looks at her then she kind of looks away in embarrassment. I think she’s got some affection. What are they saying on the internet?

That's the thing, this all started on Internet by people who noticed the way she acts around LeBron. Here's another Vine of her watching him hit an incredible shot.

She’s got this loving look on her face. She looks like she’s looking over at Jay Z first, to check if it’s okay. And then she looks over at LeBron lovingly. But she’s checking out her man first to make sure he’s not looking.

So she doesn’t get caught.
Yea, she’s checking to see if it's okay and then she gives a real loving look to LeBron. Very sweet smile.

How about the pictures? In the first one she's looking up to LeBron while Jay Z stands awkwardly behind her and James is with his wife. 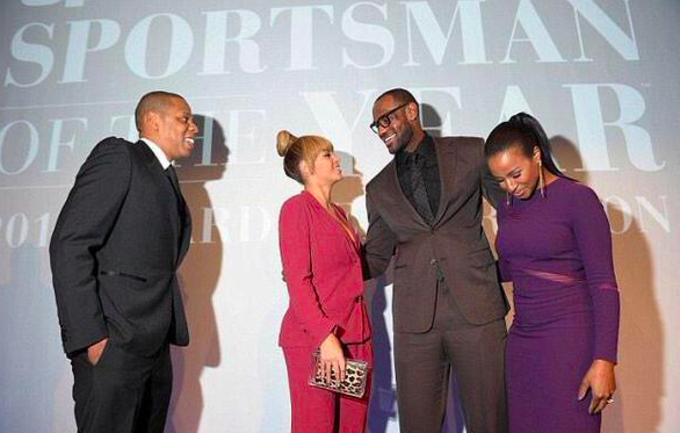 She’s eyeing him, she’s like a little high school girl with a crush. She’s leaning back looking up at him, kind of like in admiration. And, he’s holding her back. She’s just swooning at him.

How about the second one where she's all dressed up at the All-Star game? She’s kind of checking him out. 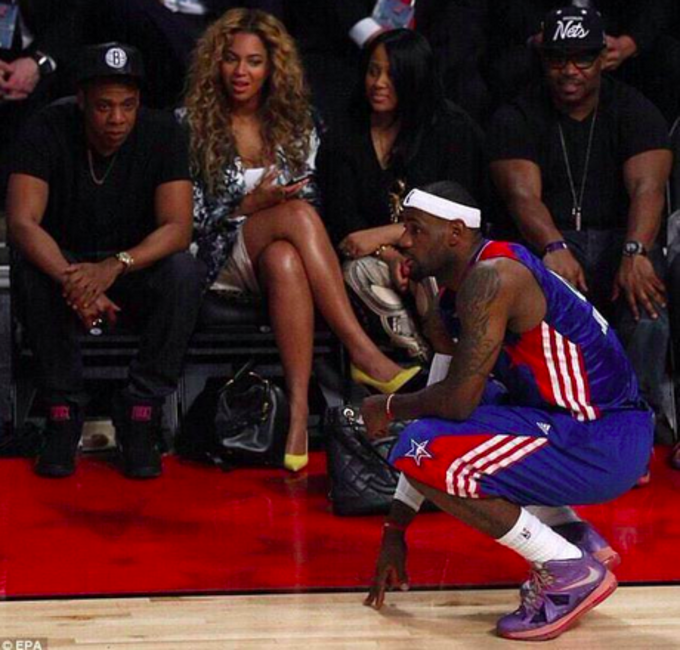 Yeah, she’s checking him out. There’s a checking out business going on here. She has her mouth open and is sitting next to Jay Z. She’s all dolled up and her hair is all curly, she’s got her eye on the side to him. She’s regressed into this school girl.

She’s smitten.
Yeah, she’s smitten. She’s holding herself back because she knows she shouldn’t be having these feelings. She’s got her legs crossed, her arms crossed. Like saying, “don’t even go there.” But you know, she can’t help it. The body doesn’t lie.

And the last one where she’s in the green jacket. 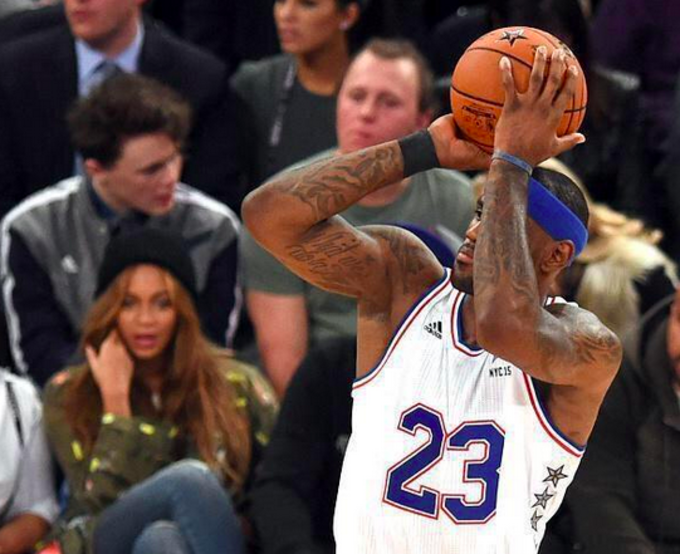 Oh, she likes her some LeBron, but who doesn’t? I mean, come on, when you're female that’s what it goes with—loving LeBron. You can see her eyes looking towards him, but she’s also playing with her hair and that’s a theory. A coquettish type thing to do. I hope we don’t start some scandal here.

This has been a thing on the Internet for a while. So, what's the consensus? Beyonce has a crush on LeBron?
I think she’s got a little school girl crush on him. I would say that’s a safe thing to say. And she is like million of other women on the planet. She’s being subtle, so we’ll give her points for that. That’s good.

Should Jay Z be worried?
Oh, I don’t think he has anything to be worried about. The fact that she’s containing herself is very cool. She’s holding it back, she’s being subtle about her crush. And the fact that she even looked at Jay Z first, is a really good thing to do because she is respecting her man. She’s showing a little respect before her true emotions come out.