Five minutes ago, I had absolutely no idea who Jamaican cricket player Chris Gayle was. That's because, well, cricket?! This is him taking part in a match for the West Indies: 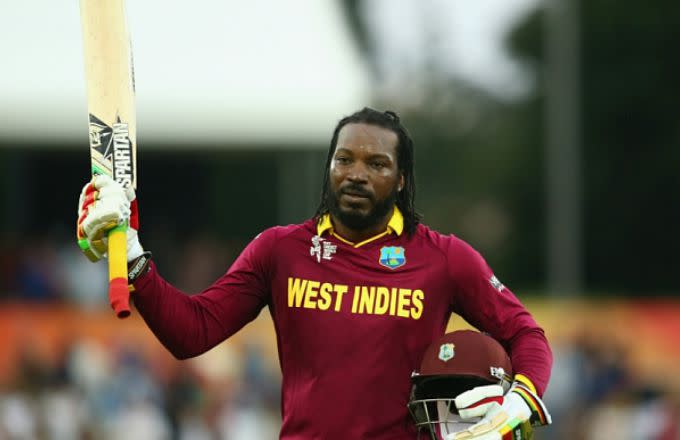 We're not here to talk about cricket, though. Instead, we're here to talk about the fact that Gayle apparently has a strip club—yes, a strip club—built inside of his house. It's not exactly the fanciest strip club or anything. But still…IT'S A STRIP CLUB! And according to Gayle, you're not allowed to call yourself a cricket "player" if you don't have one in your house:

From the pool to the strip club...if u don't have a strip club at home, U ain't a cricket 'Player' .. I always make sure my guest well entertained and feel like they are at home 😊 #LifeIsForLiving #DreamBig ✌🏿️

Right next to the strip club, Gayle also has a room that features what he calls a "Hanky Panky" bed, which is designed for...do we really need to tell you? If you need an explanation, check Gayle's Instagram caption:

..And this is the 'Hanky Panky' bed with the mirror above to watch whatever view of your choice... It's feeling a bit dent at the moment lol some guest I presume had a ball in here.. Ain't calling no names 😂😂😂 #FullJoyLife I can't wait for my friend to fly in for the Party. 🙌🏾 anyway, y'all seen enough lol.. I need a 🍺 so #TripleCentury it is tonight ✌🏿️

How is he the first athlete to brag about installing a strip club on social media?! Your move, Floyd Mayweather!