Michael Vick, who served 19 months in jail six years ago, signed a one-yeal deal yesterday with the Steelers to be Ben Roethlisberger's new Charlie Batch. The Steelers took to Twitter to officially announce the move and received some backlash from their fans for signing a convicted felon/dog killer. Because apparently having an accused sexual assaulter under center isn't that big of a deal.

These are just a few of the responses:

They didn't stop there. Earlier today, like four protestors (a.k.a "The Silent Majority" as one of my coworkers dubbed them) showed up at the Steelers facility to voice their displeasure with the signing. However, unlike in the tweets above, one of the protestors brought up Big Ben's allegations. "First, Ben, now Vick What Next" the protestor's sign reads. You gotta give that lady credit.

Vick can probably expect a little bit more of this in the future, but this is nothing compared to the protests he used to face: 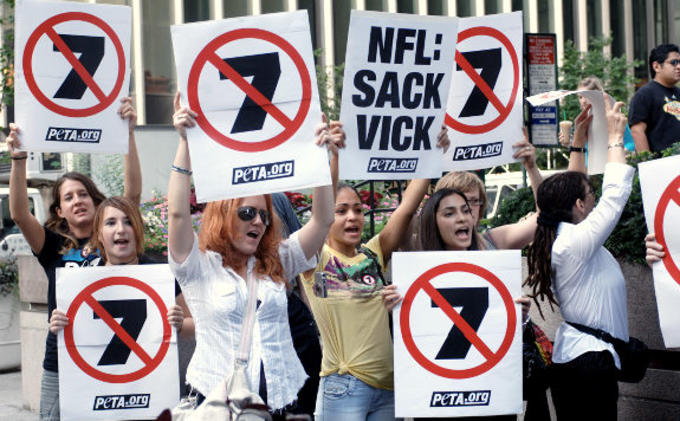