Phil Jackson and Knicks general manager Steve Mills sat down with the New York Times recently to talk about the 2014-15 NBA season, the Knicks' draft plans, Carmelo Anthony, and more. The far-reaching interview features quite a bit of info for those Knicks' fans out there who are hoping (praying?) that Jackson & Co. can turn things around next season. But it also features one really strange back-and-forth between Jackson and NYT reporter Scott Cacciola about Jackson's use of the word "goink" on Twitter recently.

Jackson used "goink" in a tweet that he sent in early May:

It was a seemingly innocent typo. But since that time, many, many, many people—in particular, sportswriters—have poked fun at Jackson's use of the word:

So Cacciola asked Jackson about "goink" during his interview and what followed was this:

Q. In the middle of the playoffs, you took to Twitter to ask N.B.A. analysts to give you “some diagnostics” on how 3-point-oriented teams were faring. It struck most as a criticism of teams like the Warriors who take a lot of 3-point shots. You asked, “How’s it goink?” What was that about?

JACKSON: They have all these analysts. I just wanted to see someone come back to me with statistics: Is 3-point shooting in the playoffs as consistent as it is in the regular season? Does your 3-point-shooting percentage change because you’re in the playoffs? No one figured that one out. And that’s probably me being obtuse to leave it open at the end. But “goink” is one of those New York expressions that we use, and I will tell you this: I learned something. Someone sent me the fact that if you look it up on Urban Dictionary, you’ll find out what it means in today’s society.

Q. Should I look?

JACKSON: Well, it’s rather bizarre to say the least.

JACKSON: “Goink” is a castoff expression, right? Instead of, “How’s it going?,” it’s, “How’s it goink?” It turned out to be either a combination of a mixed ethnic group: part Korean, part Chinese. Or it’s a vernacular term for how do you deal with a sexual partner.

Q. That was not your intention though?

JACKSON: No, I had no idea.

Now, I'm not from New York City, so maybe I'm not familiar with all of the New York expressions that exist. But it doesn't sound like people have any idea what Jackson is talking about:

They're also confused by him citing Urban Dictionary and have posted the UD definition of "goink" on social media. Let's hope this is not how Jackson meant to use the word: 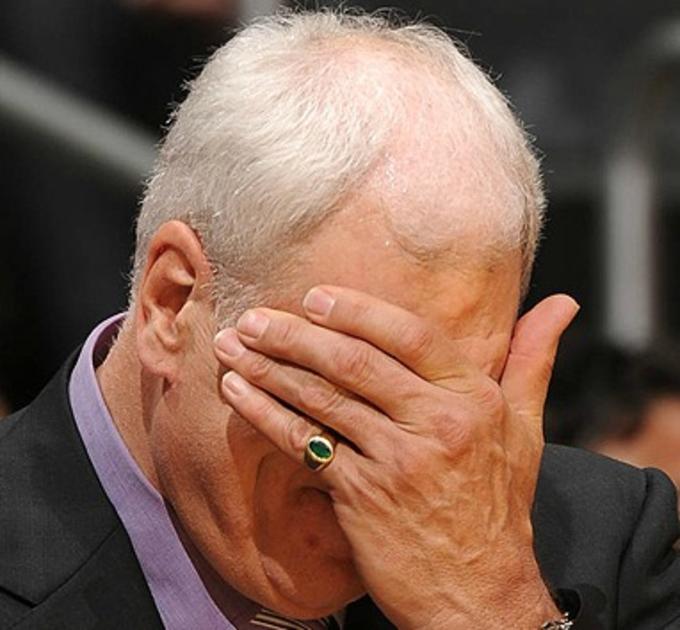 Is this going to be Jackson's lasting legacy with the Knicks?! Please say no.