Didier Drogba has been honoured by the Premier League for his tireless charity work in Africa.

The Chelsea striker picked up the Barclays Spirt of the Game Award just one week after his foundation held an auction that raised £400,000 towards a new medical clinic that will open in Drogba's hometown of Abidjan, Ivory Coast.

The 37-year-old donates all of his commercial and sponsorship earnings to the Didier Drogba Foundation, which works in the areas of education and health, with financial and material support helping hundreds of children in his native Ivory Coast. 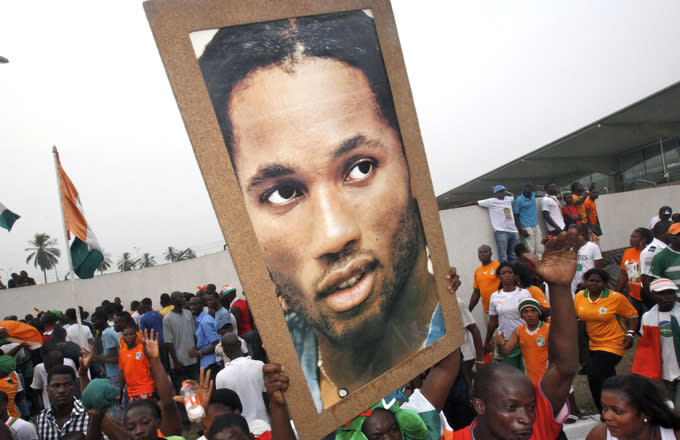 "I come from a poor family where I played football in the streets with my friends with no shoes, there was no grass but we still enjoyed it. There is nothing better than when you see a kid with a smile on his face and that is why I'm trying to help.

I want to do a lot of things in Africa, I want to give people the chance to dream, and it is easier to dream when you are in good health and happy."

Didier Drogba should run for office.