Germany's Mario Götze has auctioned off a piece of football history.

The Bayern Munich man scored the winning goal in the 2014 World Cup final against Argentina, giving Germany their first World Cup win in 24 years and the boot that won it has been auctioned off for charity.

The boot sold for €2 million in support of 'A Heart for Children'. 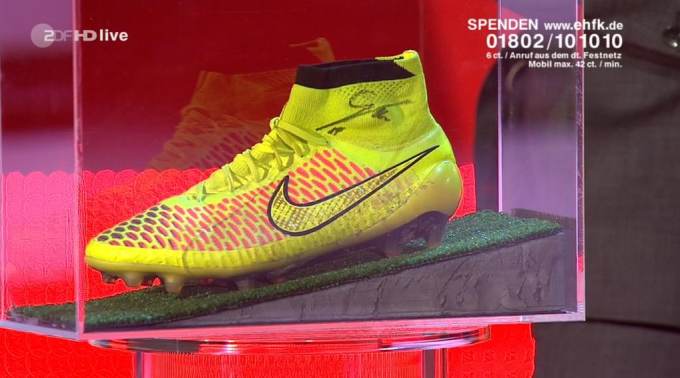 After the sale, Mario said:

"2 million is such a huge amount. The good thing is that the money is for a good cause and not just for the boot itself."

It turns out that Mesut Ozil wasn't the only charitable one in the German World Cup squad.