Using data compiled by themselves and ESPN, EA Sports is taking a look at FIFA's impact on soccer fandom in the United States. The ever-popular franchise is a global phenomenon in gaming, setting a new standard for worldwide sales on an annual basis. While the financial figures are impressive, they beg a certain question: How much of our country's virtual fascination translates to the actual pitch?

According to EA Sports, it's a substantial amount. Americans are becoming more interested in the actual sport via their gaming obsession, as 34 percent of FIFA gamers report to becoming soccer fans after playing the video game.

These gamers aren't coming to the game strictly for the superstars, either. Compared to its predecessor, FIFA 15 has seen a 112 percent increase in the number of users playing with Major League Soccer clubs. America may not possess world renowned talents like Zlatan Ibrahimovic, Cristiano Ronaldo, or James Rodriguez, but U.S. fans are clearly still taken with our country's fledgling soccer league.

If you're hoping to know anything else about FIFA's relationship with its real world inspiration, then look no further. After reading through EA's data, we have only one more question: When will American fans finally stop calling the sport "soccer"?* 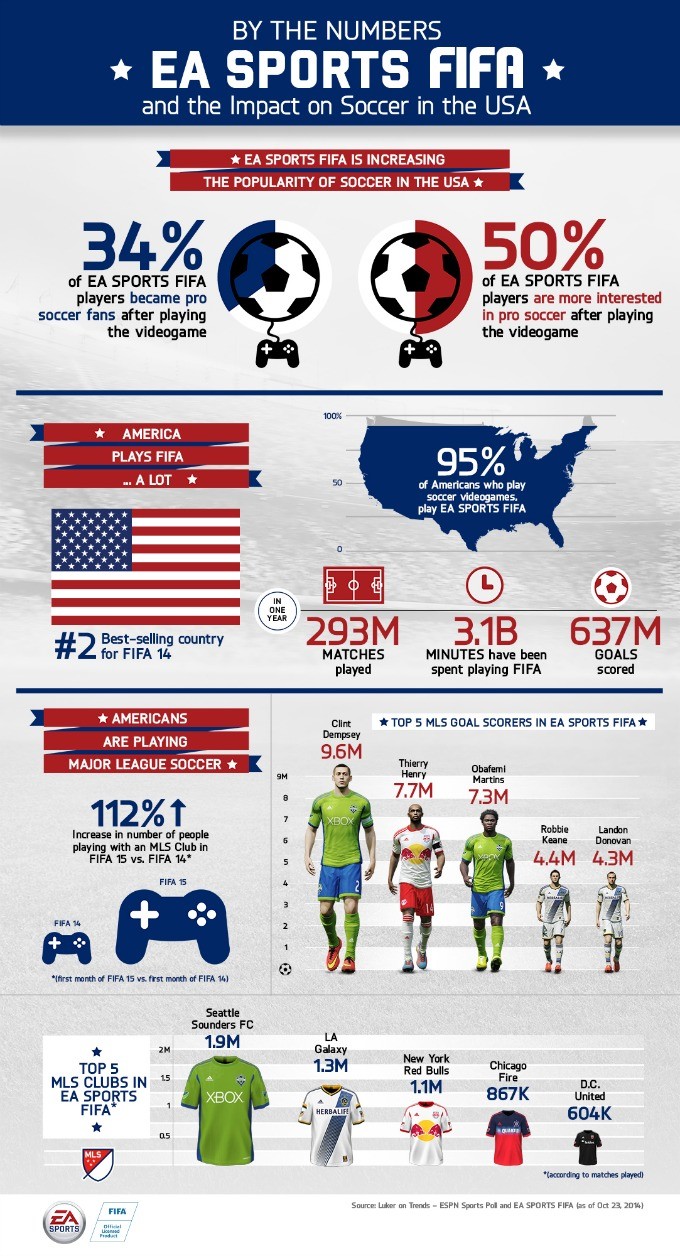